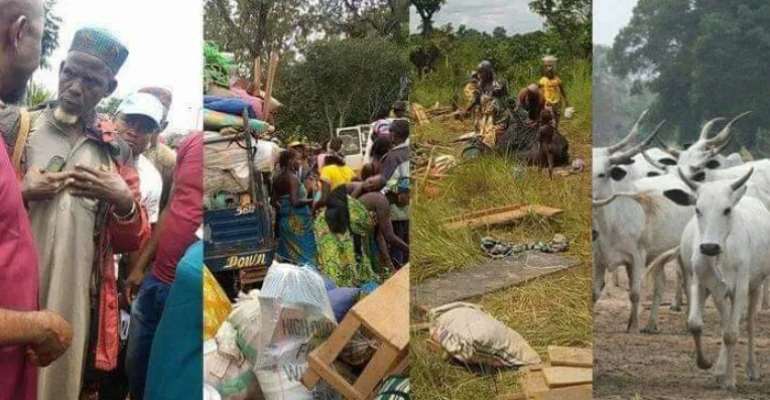 A former gubernatorial aspirant under the banner of National Rescue Movement NRM in the just concluded governorship polls in Ebonyi State and a Chieftain of Ohanaeze Ndigbo, Rev Paschal Gold Nwaigwe had alerted the Pentecostal Fellowship of Nigeria PFN, Christian Association of Nigeria CAN and Ohahaeze Ndigbo of a grand plan to install an emirate in Afikpo.

In the letter to CAN, PFN and Ohanaeze made available to Igbo Mandate Congress yesterday, the politician alleged that there is a secret plot to have an Emirate in Afikpo. According to the statement,

''From a reliable information some of our traditional rulers the Eze Ogo’s are being lobbied to accept the crowing of an Islamic Traditional Ruler, the arrangement is to institute an Emirate in Afikpo, An Ebonyi born Moslem Imam has been slated for the Hausa Fulani traditional rulership, which in no distance will translate to an Emirate, first of its kind in the South East''.

''I urge the traditional rulers council chairman and the Eze Ogos in Ebonyi State not to stoop so low in accepting to crown a traditional ruler for the Hausa fulanis, rather to stand up for the welfare of Ebonyi Indigenes Welfare and drop money police which descrets the scared traditional leadership stool.''

[ Image ]
Rev Nwaigwe also alerted that the plot to institute RUGA in the state under another guise is still intact. In his letter to CAN he claimed that the plot is still ongoing. According to his statement

''These Fulani men were given a welcome package of N4m from the State Governor himself delivered to them by the Chief of Staff of Ebonyi State. The youths took to the streets in a bid to defending their villages from what is perceived as forceful step to Islamize their community the video went round the whole world.''

It would be recalled that Rev Nwaigwe had a bloody battle with the incumbent during the governorship elections and his campaign director was stabbed severally, and his boys beaten and intimidated. He also reported to INEC that his party agents’ tags were deliberately given to the wrong persons by INEC and on the day of the polls his agents were arrested and beaten for not putting on accreditation tags all in an effort to intimidate him.

On another note a community leader in Izzi Local Government Mr Camilus Onwe had told Igbo Mandate Congress how they stopped the invasion of their communities by Fulanis on land grabbing scheme. Speaking with the Director General of Igbo Mandate Congress IMC, Rev Obinna Akukwe in Abuja yesterday, Mr Onwe said that they heard the rumour two days to the actual invasion but ignored it as propaganda.

Onwe said “we heard the rumour, but ignored it as another propaganda until these people came with hummer buses, young men, women, children and even a few aged. They claimed that the governor of the state gave them the land while we said that we are not aware yet. When the situation was getting out of hand, an unidentified government official came with policemen and pleaded with us to allow them settle for a few days while they resolve same with the governor. We refused and insisted on seeing the governor or they will leave.”

Mr Onwe said that the Fulanis had some millions of naira in a bag which they showed them claiming the governor gave them for upkeep and their coming was with official sanction. Military men were positioned to protect them. They had to ignore the governor’s emissary and spoke to the Fulani leaders in private to leave them alone. The Youth leader accused the governor of ceding pasts of Izzi land for RUGA especially Nkeleke and Okwata Ndunwangele without their knowledge said that the next rumored invasion will be properly resisted,

The Director-General of Igbo Mandate Congress Rev Obinna Akukwe had asked Governor Umahi to pursue his 2023 ambitions without overheating the polity. He made the calls while speaking with the youth leaders from Izzi who were in Abuja to speak with some NASS members on the security situation in the state .Rev Akukwe posited that the infrastructures Governor Umahi put in Abakaliki within four years is enough for him to move to a higher level in 2023 but dragging Islam and Fulanization into it is unnecessary.

We Walked Out On A Tyrant, Depotistic And Authoritarian Akuf...
39 minutes ago