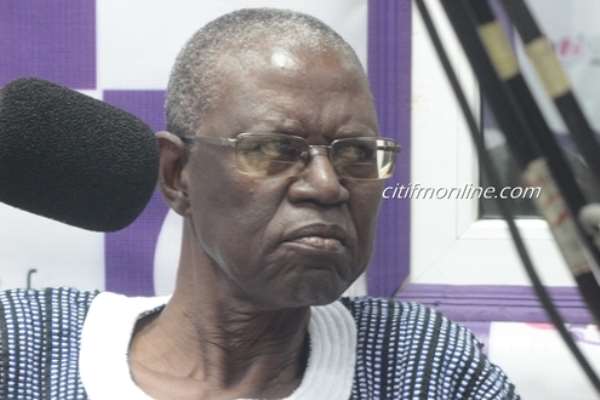 “He did not quote any law that supports what he did. I was just saying that if he is about to revoke for example the appointment of a Metropolitan, Municipal or District Chief executive, he says that I am doing that under Article so so and so of the Constitution. If he is going to pass an Executive Instrument, he says I am issuing this Executive Instrument pursuant to article so so so so of the Constitution. Under which law did he do this thing and I have said that the instrument concerning the referendum is no more within the authority of the Executive, it has left there. If you go to Article 290, it is very clear the Executive has finished its work. It gazetted this thing six months ago,” Ndebugri argued.

President Nana Addo Dankwa Akufo-Addo in a brief address to the nation on Sunday, December 1, 2019, cancelled the December 17 national referendum which was meant to decide on an amendment of Article 55 (3) of the Constitution to enable political parties to sponsor candidates during local level elections.

He also directed the Minister of Local Government and Rural Development, Hajia Alima Mahama, to withdraw from Parliament a Bill seeking to amend Article 243 (1) to enable Ghanaians to elect their Metropolitan, Municipal and District Chief Executives (MMDCEs).

Mr. Ndebugri on the Citi Breakfast Show argued that the Local Government Minister does not have the power to withdraw the Bill because it was no longer with Parliament but rather the Electoral Commission.

He insisted that, going behind the EC to cancel the referendum is an indication that the electoral body is not truly independent.

The President attributed the decision to the absence of “a durable national consensus” on the matter following consultations.

“In these circumstances, I am convinced that it will not serve the public interest to go ahead with the holding of the public referendum on 17th December even though I believe a strong campaign for a YES vote would have succeeded. This is not the kind of atmosphere in which the repeal of an entrenched provision of the Constitution should take place.”

He also directed the Local Government and Rural Development Minister, Hajia Alima Mahama to withdraw the Bills seeking to amend Articles 55 (3) and 243 (1).

“It is with deep regret that I have given instructions to the Minister of Local Government and Rural Development…to abort the process and see to the withdrawal of the Bills for the amendment of the constitutions both in respect of Article 243 (1) and Article 55 (3).”

Mr Ndebugri had earlier indicated that even the decision to call off the referendum was no longer within the power of the executive or legislature.

“The referendum cannot be withdrawn or postponed. If a decision is taken to amend an entrenched clause of the 1992 constitution, the government will publish the intention in the gazette six months in advance and then lay the bill before Parliament for the House to refer it to the Council of State. The Council will consider the proposal and advice for or against. Then it goes back to Parliament for the Electoral Commission to put the question before the nation through a referendum. We have passed through all that and so the matter is no longer within the ambit of the Executive. It is even not within the powers of Parliament because it is now with the Electoral Commission.”