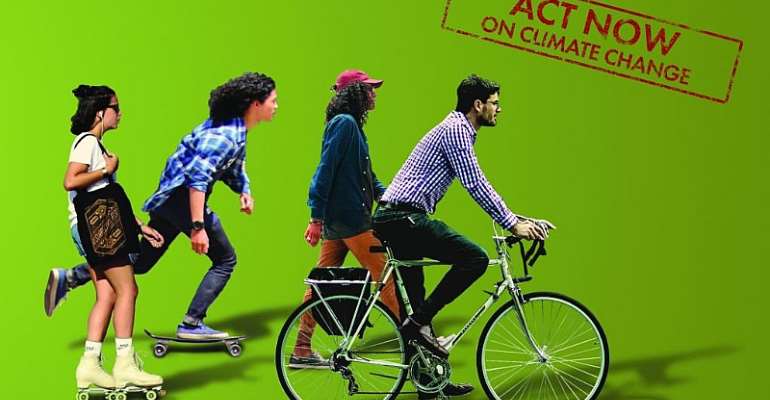 Fifty one minute films from 24 countries are in the running for prize money in the 15th edition of the Mobile Film Festival, with the theme Act Now on Climate Change.

The tap that never turns off, a family literally drowning in piles of junk food, an African dress made from recycled plastic bags, a duel over the last bottle of water on earth.

These are just a few of the scenarios seen in entries in the Mobile Film Festival.

"The criteria was simple," says Bruno Smadja, founder of the festival, who was amazed at the range of ideas that poured in. "One minute, one mobile, one film."

But the trick is to find a catchy idea.
He agrees the youth movement spearheading the recent climate marches around the world provided a further boost to the festival's theme, which is at the heart of many citizens' concerns.

Insert video LOL Bruno Smadja
The videos are often funny, at times apocalyptic, cheeky or simply stark portraits of our time, drawing our attention to the environment, whether it be resources, deforestation, waste or recycling.

The ideas contained speak to the ordinary citizen - asking and encouraging the viewer to reconsider every action they take, from where they throw their rubbish to the amount of clothes they buy or conserving water.

The MFF has gained momentum and garnered support from dozens of organisations, notably Youtube Creators for Change and the United Nations Climate Change agency.

The prizes are generous - 46,000 euros divided into 2 main prizes of 20,000 euros which will allow winners to produce a short film with a professional crew, and two 3,000 euro grants for residencies.

Hundreds of films were sent in from all over the world, and fifty have been shortlisted.

A jury will announce the winners on 3 December in Paris.