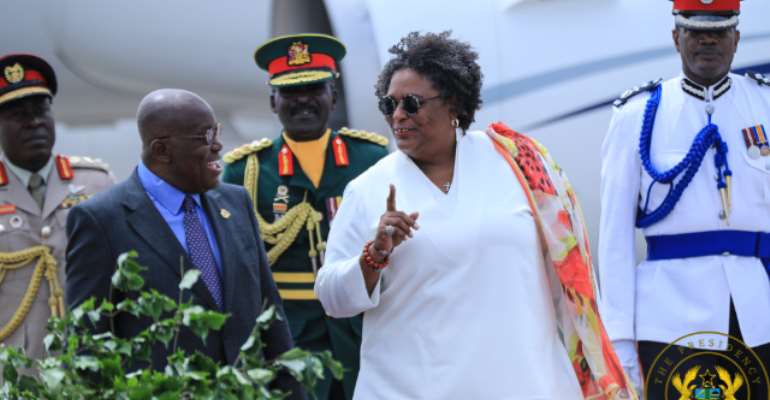 She will address Parliament as part of her three-day visit to the country.

She is among other things in the country as part of the Year of Return festivities.

The time for parliamentary sitting today has been adjusted to make room for the address to Parliament.

She will also be in Assin Manso for a durbar of chiefs to be held in her honour at the forecourt of the Assin Manso Ancestral River Site., visit the Kwame Nkrumah Mausoleum and participate in the Damba Festival to be held in Yendi over the weekend.

The Prime Minister's delegation also includes business leaders who are expected to meet their Ghanaian counterparts.

Mrs Barbara Oteng -Gyasi, the Minister of Tourism, Arts and Culture, welcomed the Prime Minister on her arrival saying the nation’s tourism sector seeks to deepen its activities in the Carribean with Barbados as the gateway.

Files from GNA contributed to this report