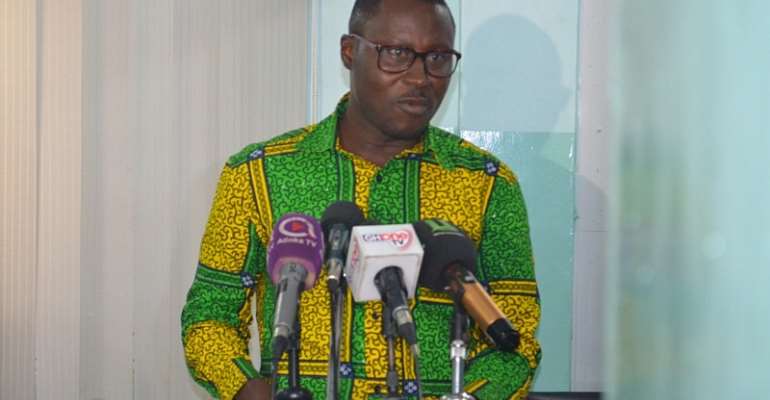 SEND Ghana has called on the government to make adequate provisions for social protection expenditure in the 2020 Budget statement and economic policy that is to be read on November 13, and ensure that such budgetary allocations are fully and timely disbursed.

While noting the government’s swift action and progress made at a press conference yesterday in Accra, Dr. Emmanuel Ayifah, deputy country director, SEND Ghana, said, send deems it extremely necessary to again bring to government’s attention, some disturbing reports from their monitoring visit to assess coping mechanisms, adopted by LEAP beneficiaries during the relatively long period of non-payment.

“While some LEAP beneficiaries within the period borrowed from friends, others relied on the benevolence of relatives for purposes of feeding and healthcare. Yet some could not afford to cater to the needs of their dependents in school”, he said.

Adding that “those who engage in subsistence farming could not access subsidized input such as agrochemicals, to help grow their crops, etc. It is worth starting, as a matter of fact, that, information gathered from our monitoring, corroborates reports from a section of the media that have undertaken a similar monitoring exercise”, he said.

He noted that the demand of many of the beneficiaries is for government to increase the grant size and ensure its timely inflows, which in their view, largely resonates with the voices of diverse groups and stakeholders including civil society, research institutions, and academia.

He further indicated that send Ghana is of the view that social protection is the right of citizens and that it is not favour being done to the beneficiaries; therefore, the government’s attempt at fulfilling such rights must not be done partially.

SEND Ghana urges the government to heed legitimate demand of citizens, especially, those enrolled on the LEAP programme due to their vulnerability and poverty status, and to whom the government has committed to making regular payments to uplift their dignity and livelihoods.

He underscored that, SEND Ghana fully agrees with Oxfam’s inequality report, that says that, “poverty and inequality are not inevitable or preordained, but the result of deliberate policy choices and be reversed”.

Adding that, Ghana risks detailing the progress made in her efforts towards defeating poverty and reducing inequalities if they allow needless delays and irregularities on funds disbursement to undermine the impact of poverty reduction interventions such as LEAP.

According to him, these delays created a situation of discomfort and anxiety amongst beneficiary households, while some social welfare officers, who have oversight responsibility of the programme at the district level, reportedly suffered some credibility and integrity loss.

However, the group urged the government to never again delay it is payment of LEAP beneficiaries and the effect of such undue delays could be very devasting on the lives of the poor and vulnerable.