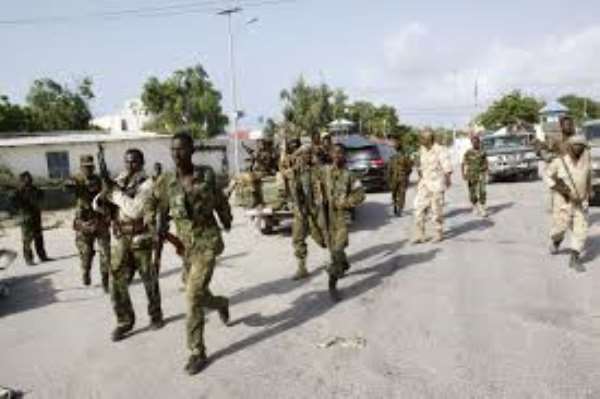 The National Union of Somali Journalists (NUSOJ) is disturbed by the new trend of rising threats, arrests and intimidations targeting the local journalists in the northeast regions of Somalia.

The Puntland security forces assaulted and confiscated the equipment of three journalists while filming a press conference in a hotel by traditional elders in Badhan town of the disputed Sanaag region on Tuesday, 29 October.

“We denounce the unprofessional behavior of Puntland soldiers who carried out the brutal physical attack against journalists, and we demand the senior officials to take swift action to hold the officers to account,” said Omar Faruk Osman, NUSOJ Secretary-General.

NUSOJ calls on Puntland regional state authorities to immediately return all equipment seized from journalists and allow them to carry out their duties without fear or prosecution.

"The unlawful act to confiscate the reporters' devices and materials is an unacceptable attempt to intimidate them and curb their journalistic work,” added Osman. “These are actions deliberately intended to weaken the ability of the independent media to report courageously on all matters of public interest.”

The Union is extremely worried about the unrelenting oppression on the free media and vehemently condemned the persecution, threats and harassment against the journalists doing a difficult job in a difficult place.

Recently, raids on the independent media institutions, harassment and arbitrary arrests against the journalists have exacerbated in Puntland with the region’s Information Ministry imposed restrictive measures on media last month.

NUSOJ urges Puntland to stop the police attacks targeted at the journalists, give them safe space to freely do their work without fear and must ensure no journalist should live in fear due to his/her critical reporting.

---Omar Nor, freelance Journalist based in Mogadishu, Somalia