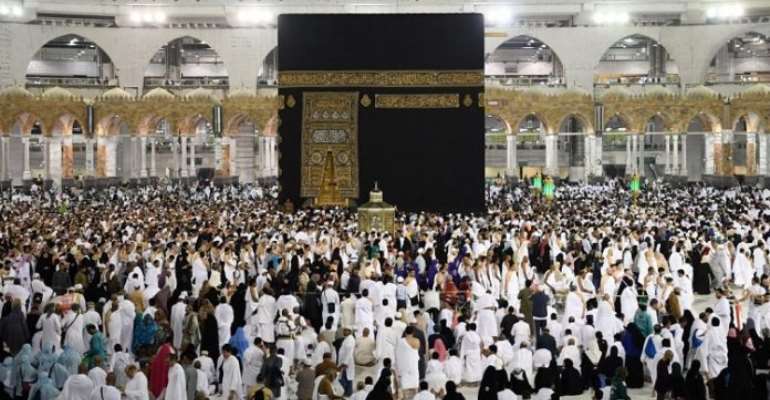 A coalition of Islamic NGO in the country has congratulated the National Hajj Commission of Nigeria (NAHCON) for relocating to its newly acquired Permanent office known as Hajj House (Former Metro Plaza).

This was contained in a statement jointly signed by the National President of Muslim Media Practitioners of Nigeria MMPN, Abdur-Rahman Balogun, Chairman of Muslim Media Watch, Abdullahi Ibrahim, the national coordinator of Independent Hajj Reporters, Ibrahim Muhammed and the Chairman of Media Awareness Initiative for Hajj MAIHAJ, Abdullahi Adamu

The coalition in a statement said, “they were proud of the great feat attained by the apex hajj regulating body.

This acquirement has shown that Islamic related organisations can be self-reliance if the right leaders are appointed to head such organisations.

The main building of the property serves as NAHCON’s Corporate Headquarters that consists of conference halls, board rooms and training centre and two annexes which NAHCON said will be rented out for revenue generation towards achieving financial autonomy.

The statement reads “We the above undersigned registered NGO congratulated the entire Muslim Ummah, Hajj Stakeholders and the National Hajj Commission of Nigeria for relocating to Hajj House (formerly known as Metro Plaza) which now served as the permanent Head Office for Hajj and Umrah related affairs in Nigeria.

“Purchasing of N2.4 billion Metro Plaza by a non-revenue generating agency shows a high level of financial discipline and vision on the part of the leadership of the Commission”.

“Relocate to the new gigantic office will create a conducive atmosphere for the staff of the Commission thereby raising their output for the benefit of our dear pilgrims, reduce the money spent by the commission in renting event halls to host meetings, seminars and conferences and also serve as sources of revenue generation for the commission”

“The Federal Executive Council, FEC, had in June 2017 approved the purchase of the Metro Plaza building to serve as the permanent Headquarters of the National Hajj Commission of Nigeria, NAHCON”.

It will be recalled that the commission has been operating in a temporary office since its establishment in 2006. All the bodies responsible for Hajj operations includes the NAHCON have been occupying temporary offices for several years