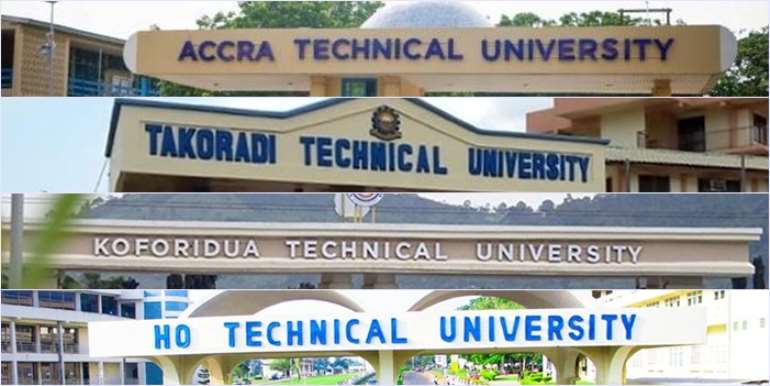 The Vice-Chancellors of Technical Universities of Ghana have said that the academic calendar of technical universities may be extended by three weeks if the ongoing strike by lecturers and administrators is not called off by the end of this week.

The group which has been appealing to the lecturers to go back to their posts says the extension will become necessary given the impact of the impasse on the affected students.

Chairman of the group, Rev. Prof. John F. Eshun, who spoke to Citi News' Umaru Sanda said; “the students have not been going for lectures for three weeks now and this is having a toll on the students. This is why we are appealing to the lecturers to come back to the lecture theatre while they negotiate with the government. This will affect the academic calendar. It means we have to call an academic board meeting where we will adjust the calendar for three more weeks.”

The Vice-Chancellors have urged the striking members of TUTAG and Technical Universities Administrators Association of Ghana (TUAAG) to go back to their posts to allow for negotiations rather than the current standoff. We'll call off strike if stakeholders' meeting yields positive result – TUTAG

Meanwhile, the lecturers say they may return to the classroom if they reach a favourable agreement with the government at their meeting with the Fair Wages and Salaries Commission and other stakeholders later today, Wednesday.

TUTAG's industrial action follows the Controller and Accountant General's Department's failure to pay emoluments due them with effect from 1st August 2019 despite a directive from the Ministry of Finance.

“Steps are being taken to engage the Commission. Once they are not concluded; I cannot say our [concerns] have been addressed. We have put our needs before the table and the government has also shown some commitment towards them. So the meeting will be interesting. We don't expect to get everything but once we realize that we can reach a reasonable agreement, why not, [We will call off the strike].”

The meeting was supposed to have come off yesterday, Tuesday but it was rescheduled to Wednesday.

Students are having to bear the brunt of the fallout from the strike and they have called on the government to find a lasting solution.