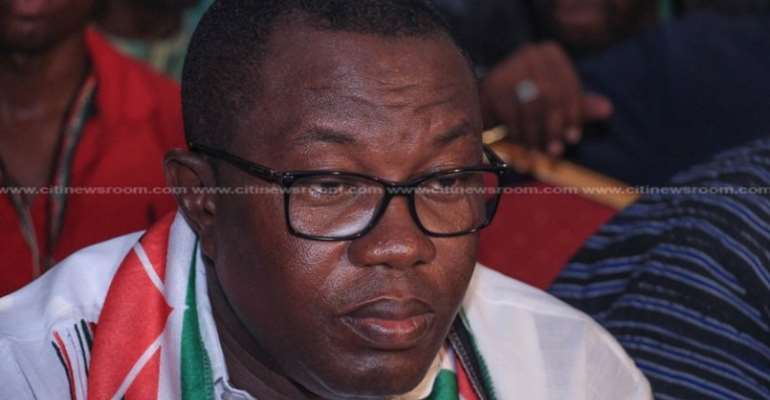 The National Chairman of the opposition National Democratic Congress (NDC), Samuel Ofosu Ampofo has asked an Accra High Court to strike out an audio recording presented as evidence of his alleged crime.

According to Mr. Ampofo, his right to privacy has been breached. He made this in an application filed by his lawyers.

His lawyers have also filed another application at the Court of Appeal to halt the ongoing trial at the High Court.

They are seeking to overturn Justice Asiedu's decision stating that the charges against Mr. Ampofo hold despite a push by his lawyers in June 2019 that it should be struck out.

One of the lawyers for the NDC chairman, Tony Lithur, urged the court to put proceedings on hold.

He further reminded the court of his application challenging how the audio evidence was procured.

Mr. Ofosu-Ampofo and the party's Deputy Communications Officer, Anthony Kwaku Boahen, are facing three charges over an alleged leaked audio detailing strategies the NDC intends to use for 2020 election, one being the kidnapping of family members of political opponents and security operatives as well taking on some high profile personalities in the country.

Mr. Ampofo was also said to have incited some of his party's supporters towards violent acts in apparent response to the violence that occurred during the Ayawaso West Wuogon by-election.

Ofosu Ampofo had earlier in July sought to halt the criminal proceedings against him at an Accra High Court but that case was dismissed.

A similar application by lawyers for a Deputy Communications Officer of the NDC, Kwaku Boahen, requesting for charges against their client to be struck out was dismissed by a High Court in Accra on July 8, 2019.

Mr. Boahen's lawyers in their application insisted that the evidence filed by the prosecutors fails to satisfy the charge of conspiracy brought against their client.

But the court presided over by Justice Samuel Asiedu disagreed indicating that the court will not accept an invitation to assess evidence brought by the prosecution before its merits are even delved into.