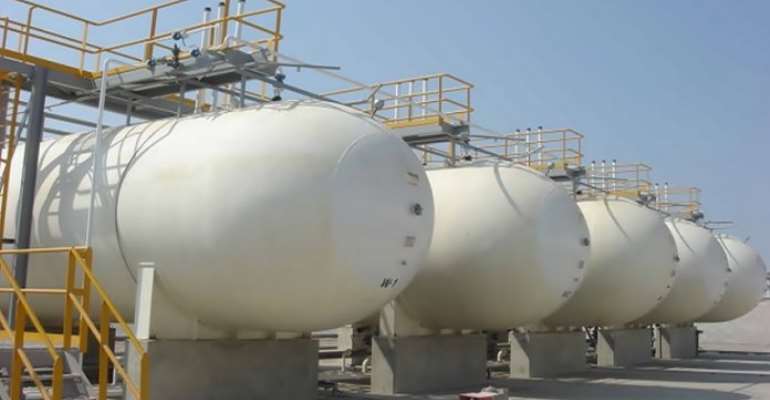 Government has cleared $300 million of outstanding legacy debt to Bulk Oil Distribution Companies (BDCs) between 2017 and June 2019 with a total of $49.77 million outstanding debt expected to be paid by end of 2019.

These were contained in the 2018 Industry Report of the Chamber of Bulk Oil Distributors (CBOD).

This brings to total an amount of $930 million in subsidies incurred by government through its subsidy policy between 2012 and now.

Real Value Factor refers to the financial cost (interest) incurred by BDCs for the delayed payments of price under-recoveries.

According to the report, Legacy Bonds Limited, assignee of the BDC claims, negotiated and finalised the parameters/terms for establishing the FLURI and RVF claims with government.

Payment of validated claims in June 2019, government through the Ministry of Finance (MoF) issued 10 year ESLA bond of GH₵648.93mn to fully settle the validated RVF claims and partially settle the FLURI claims.

The Government took the ESLA Bill to Parliament to raise funds to pay energy-sector SOEs debt, notably for VRA.

It is also to minimize the non-performing loan (NPL) impact of such debt on domestic and foreign banks as well as suppliers.

Further, it is to improve the Balance Sheet of the SOEs to enable them play their envisaged future roles in an oil-and-gas era.

These roles include stable power supply and, in particular, meeting their financial obligations to banks and independent power producers (IPPs) under the World Bank Partial Risk Guarantee (PRG).

The petroleum levies, on the other hand, have been utilised, through E.S.L.A. Plc, to significantly reduce the liabilities of Energy Sector SOEs to keep them running and viable.

Most of the energy bonds issued so far have been bought by banks in Ghana since the receipts are used by ESLA to pay off the debts being owed them.

This enables the banks to replace those non-performing loans with performing investments in bonds and thus frees them from having to make loan loss provisions.

E.S.L.A. Plc had issued bonds with a face value of GH₵5.6 billion (GH₵5,664.72 million) as at December 2018, as part of the Government's plan to refinance Energy Sector debts.

The issuance of the bonds resulted in the reduction of State Owned Enterprise (SOE) debts to its creditors by approximately GH₵5.4 billion (GH₵5,453.20 million) as at end 2018.

Total transfers from the ESLA Accounts towards the servicing of the ESLA bonds amounted to GH¢1.3 billion (GH¢1,353.71 million).

The 2018 Annual Report on the Management of the Energy Sector Levies and Accounts, indicates that for 2019, a total of GH₵3, 947.82 million has been targeted for collection under the Energy Sector Levy Act, (ESLA) representing an increase over 2018 collections of GH₵440.78 million, and 12.6 percent higher than the targeted amount for last year of GH₵3,507.04 million.