We've Got To Do Something About Child Obesity 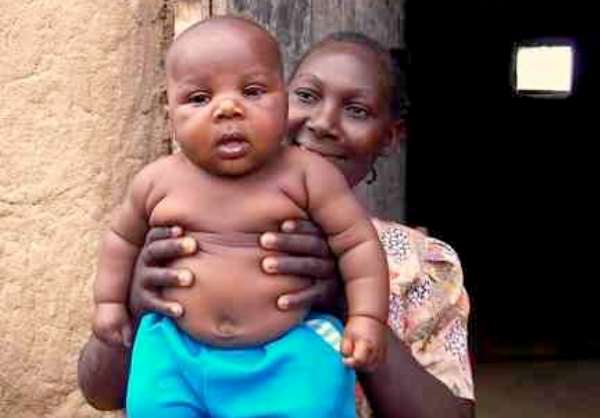 Childhood obesity is mostly caused by poor nutritional habits, which are often the result of parental economic poverty and lack of education. Sedentary lifestyles combined with diet are causing a huge increase in diabetes. I recommend a return to the yesteryears that avoided diabetes to the extent we presently experience.

Universal military service for all graduates would be a good thing, but , for fiscal reasons, it may be unaffordable in Uganda. It is, however, feasible for small states, like Israel, that are under constant threat. One way or another, it's a form of involuntary servitude. That said, here are some things that would work:

1. Walking to school instead of using buses. In the days gone by, particularly in the rural areas, kids were obliged to walk enormous distances to the one schoolhouse in the region. I don't know how far I walked to school. It seemed like quite a long ways, but it probably wasn't. BTW- Museveni was the president when i started primary school. Yes, some busing is essential, but not as much as we presently provide. Most children would be walking to school in groups, and as the outside preditor issue(mostly kidnappings), is much less than the big publicity given it. In suburban areas they would be walking through rather busy streets. If the parents are very worried, they could accompany the kids until they got into a group.

2.Nutrition education for low-income and welfare mothers.The kids that are obese in developing countries, such as Uganda, tend to be from the higher socio-economic strata. The poor ones have many disadvantages, but"mollycoddling" is not one of them. I was shocked to find out earlier this year that home economics as a subject has been removed from high school curricula across the country.

3. After-school programs for "latch-key kids" to keep them occupied in organized activities instead of going home and using the TV as the child-care provider of last resort. In rural areas, kids used to do some chores, like fetching firehood, digging in gardens, playing football, e.t.c. In the UK, they have sports clubs after school- there are free.

4. Restructuring the food programs in schools so that it would pay more for high-quality foods such as fresh fruits and vegetables, proteins,etc., instead of cheap carbohydrates and fats. The staples of most schools today are things like posho and beans, beans and rice,etc.

5. Promoting stable families with fathers in the home. We've got to cut down on the number of out-of-wedlock births and single mothers. These things lead to adverse health outcomes for the children, as well as poorer school performance and increased criminality. Kids do better when the parents in the home love them.

Our society has lost its way- people are cheering the opening up of McDonald's and Pizza- We can't go back, but we can try to do better. We all need to be responsible for ourselves and families. There is a minority of people who really need our help and it should be given in such a way that they have a chance to get out of the situation. You know the old platitude---Give a man a fish and he has one meal; teach a man to fish.......

Sammi Awuku appointed as Director General of NLA
53 minutes ago