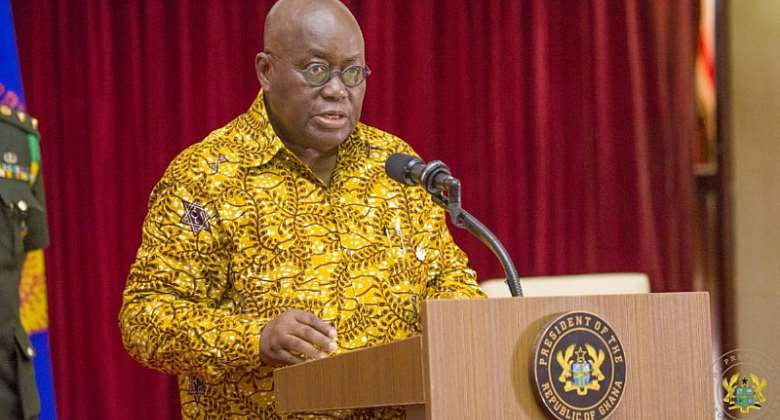 The Constituency Executives, Council of Elders and Polling Station Executives of the governing New Patriotic Party (NPP) in Jomoro constituency of Western Region are up in arms against the Municipal Chief Executive (MCE) of the area Ernest Kofie.

They are calling on President Akufo-Addo to as a matter of urgency, relieve the Municipal Chief Executive of his current position for showing gross disrespect towards the leadership of the party.

This move, the party faithfuls believe would go a long way to save the party from losing the seat in 2020.

This latest call, the group explained was among numerous calls made by the party to get rid of the MCE.

It would be recalled that last two months, the Constituency Chairman and polling station executives demonstrated against the MCE over gross disrespect and called on the President to sack him from office to save the party from losing the Jomoro seat in 2020.

Mr. Ernest Kofie who led the party to victory in 2016 as Chairman was nominated and subsequently confirmed as MCE for Jomoro Municipality in 2017, but he has since been accused of working against the success of the party.

Read below their full petition:

OFFICE OF THE PRESIDENT

LETTER OF PETITION OVER THE CONTINUOUS MISBEHAVIOUR, GROSS DISRESPECT AND DISREGARD BY THE MUNICIPAL CHIEF EXECUTIVE (MCE) OF JOMORO TOWARDS THE CONSTITUENCY EXECUTIVES AND THE ENTIRE PARTY

On Thursday 1st August, 2019 the Jomoro NPP Constituency secretary issued a statement on behalf of the Party’s dissociation from the activities of the Assembly. This follows the MCE continuous disrespect and disregard for the constituency executives.

Since from the very day the constituency executives were sworn into office, the MCE vowed not to work with them and truly, he has shown that up to date.

This called for his removal by the Council of Elders, Electoral Area Coordinators and the Polling Station Executives backed with a demonstration to which petition was sent to the Chief of Staff copied to the President and the Party hierarchy.

On 3rd October, 2019, the MCE sent a letter from the assembly signed by the Human Resource Manager, Alfred Buckman on behalf of the MCE addressed to the chairman. The letter was captioned; “TOUR TO POLLING STATION EXECUTIVES BY HON. MUNICIPAL CHIEF EXECUTIVE”.

With the following reasons as stated below;

2. MMDAs to have data on all small traders and farmers for financial support

3. The need for the election of the MMDCEs technical support.

Upon receipt of this letter the constituency chairman together with the executives responded as follows;

1. The party still stands by its earlier decision which was clearly communicated to you, which is to say, we have disassociated ourselves from the activities of the Assembly, hence, we are unable to allow you to embark on this tour.

2. The polling station executives were part of the decision that was taken; therefore, the party does not want to have any confrontation with you and the Assembly with respect to this purported tour.

3. Per the constitution of the party, you cannot embark on this tour without the prior approval of the constituency executives; hence, we are unable to secure your safety if you refuse to adhere to this advice.

4. There is no communication to the party to that effect and for that matter, the Assembly cannot embark on such tour. The Assembly is not involved in running party as you have clearly shown since you were appointed and that the party cannot allow such tour by you and the Assembly.

5. If you truly respect the structures and the constituency executives, do the needful.

6. We know government, for that matter, the President respects the party structures and would not ask the assembly to undertake this exercise without prior knowledge of the constituency executives.

7. Granted what you and the Assembly have said is true, kindly submit a copy of the directives for our perusal.

8. The party, however, on the above stated reasons cannot allow you and the Assembly access to the polling station executives. We hope you would adhere to this decision.

Upon critical investigation it was known to the executives that the MCE has violated the orders of the NPP constitution, Article 7 sub-section 22 which states that “the constituency executive committee shall be responsible for overseeing the operations of the party within the constituency, for the implementation of its programmes for promoting social and political awareness and general political education within the constituency, for recruiting members into the party, and for mobilizing support for the party before, during and after elections” by going ahead with his meetings.

The constituency chairman and the executive body were disappointed when the news of the behaviour of the MCE was communicated to them and if MCE could be so disrespectful and also show this gross disregard to a party he just exited as chairman, then so be it.

We just want to know from the National Party Chaired by Hon. Freddie Blay and General Secretary John Boadu if all constituency executives have become “bench executives” and that activities of government to the party are now being led by the Assembly and when did Assembly become a mouthpiece to the party, is it a new clause in the constitution of Ghana or is it how H.E the President wants to sideline the party and use the assembly to speak to the party or is it that the national party has no confidence in the constituency executives to deliver their roles and core mandate as stated in the party constitution?

We demand answers from the party and government else the executive body, down to the polling stations are going to advise themselves.

We the constituency executives are confident that all these activities are being supported by the Regional Chairman, Francis Ndede Siah who happens to be an in-law to the MCE who single handedly imposed his in-law on us after him and his in-law succeeded in sabotaging the real choice of the party who was first nominated by H.E the President.

This statement was made on HOPE FM, a local radio station within the constituency on 6th AUGUST, 2019 undermining the MP, Hon Paul Essien and the Constituency Executives.

According to the constituency chairman, all these are attempts by the MCE, Regional Chairman and some group of people within the constituency to make the hardworking MP, Hon Paul Essien unpopular and to make him a one term MP.

The party together with the Council of Elders have decided that, if the MCE is not removed, they would advise themselves because the seat is a “borrowed seat”. This was stated in the earlier petition to the Chief of Staff and copied to the President and the Party.

We therefore call on the Chief of Staff, H.E the President that we are on the grounds and understand what is happening in the constituency. We can say it without fear nor favour that, if the MCE is not removed, the party is likely to lose the Jomoro seat which has alluded us for all these years.

Let me clearly state without equivocation that, even though, during the 2016 general elections, he was the chairman for the party, but was never actively involved in any of the campaign activities we did in Jomoro.

We hope the party and government will listen to us so that we can work hard to maintain power for the MP and the President come 2020.