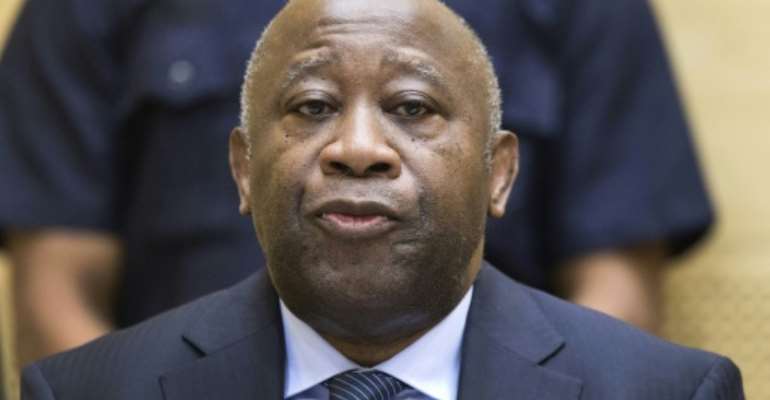 The lawyer for former Ivory Coast president Laurent Gbagbo has asked the International Criminal Court to "immediately and unconditionally" release him after his acquittal over post-electoral violence that killed around 3,000 people.

Gbagbo, the first head of state to stand trial in The Hague, and his deputy Charles Ble Goude were both cleared of crimes against humanity in January and released under conditions the following month.

The ICC's chief prosecutor has appealed the ruling alleging "legal and procedural errors".

Ble Goude is living in the Netherlands under similar conditions.

Gbagbo's lawyer Emmanuel Altit sent a 22-page letter to the ICC asking it to "immediately and unconditionally free Gbagbo ... and to say that he is free to go wherever he wishes, for example his own country", adding that he should be able to contest next year's presidential election.

"Laurent Gbagbo could in effect, at the demand of political players in the country, be allowed to participate in the campaign ... or even be a candidate," said the letter, seen by AFP on Tuesday.

"Restrictions on his freedom could ... prevent him from playing a role in the public life of his country and in reconciliation."

Gbagbo faced charges on four counts of crimes against humanity over the 2010-2011 bloodshed which following a disputed vote in the West African nation.

Prosecutors said Gbagbo clung to power "by all means" after he was narrowly defeated by his bitter rival -- now president -- Alassane Ouattara in elections in the world's largest cocoa producer.

He and Ble Goude were tried over responsibility for murder, attempted murder, rape, persecution and "other inhumane acts" during five months of violence, both pleading not guilty.

However, judges dismissed the charges, saying that the prosecution "failed to satisfy the burden of proof to the requisite standard."

Against the backdrop of the Gbagbo controversy, Ivory Coast's opposition are trying to mark out common ground ahead of next year's presidential poll in which Ouattara, 77, has yet to confirm he is standing.