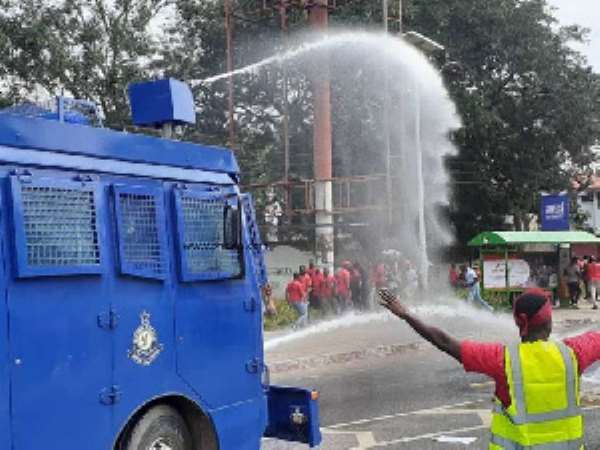 At least 10 protesters have been arrested after the demonstration by law students on Monday ended abruptly.

The demonstration, seeking reforms to legal education in Ghana, started peacefully at the main campus of the Ghana School of Law.

But on their last-ditch effort to present their petition to the president at the Jubilee House was met with resistance from police officers, who claimed the demonstrating students had no permission to enter the presidency.

According to the students, the police lured them to come close but started splashing hot water on them.

The police splashed the water as far as the Canadian Embassy on Independence Avenue.

The Embassy apparently opened its doors to the fear-gripped students, who vowed to stay indoors till those arrested are released.

Our reporter George Kwaning reports that the police have pitched camp at “the other side of the embassy”.

The demonstration was instigated by recently recorded mass failure of the entrance examinations of the School.