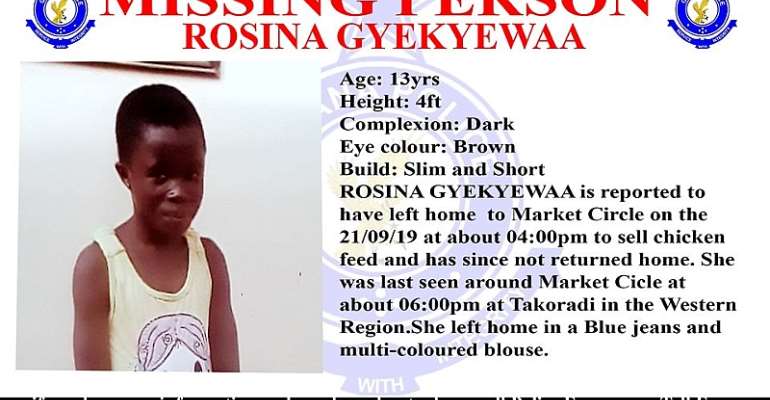 Police in the Western Region have declared the disappearance of five persons in the region.

The police are seeking the support of the public to find the five persons that include four women and a man.

The information posted on the Police Service’s Facebook page indicated that all five persons went missing in September 2019.

One of the missing persons, 42-year-old Augustina Koomson, who is a native of Togo, reportedly left her home on 12th September “with the pretext of going to work and has since not returned home.” 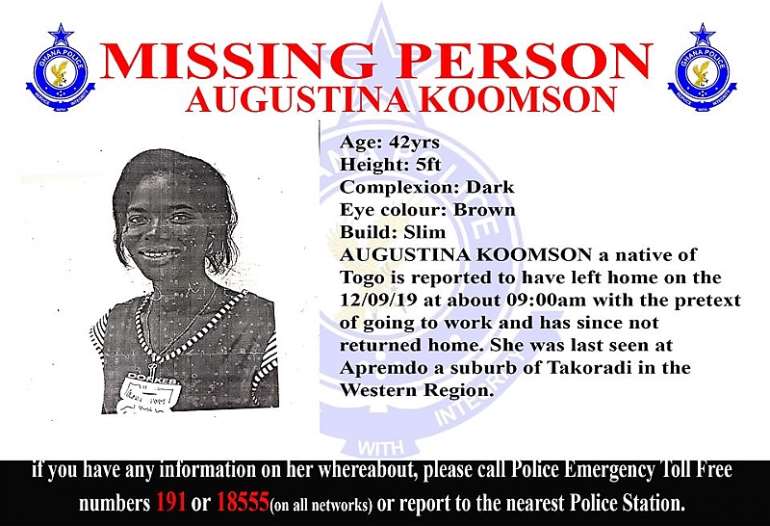 According to the police, Ms. Koomson was last seen at Apremdo in Takoradi.

17-year-old Charity Boah, who is also announced missing is said to have left home on 16th September at about 4.30am.

The police said she let home with some personal belongings and GH¢200 but has not returned and there is no information about where she could possibly be. 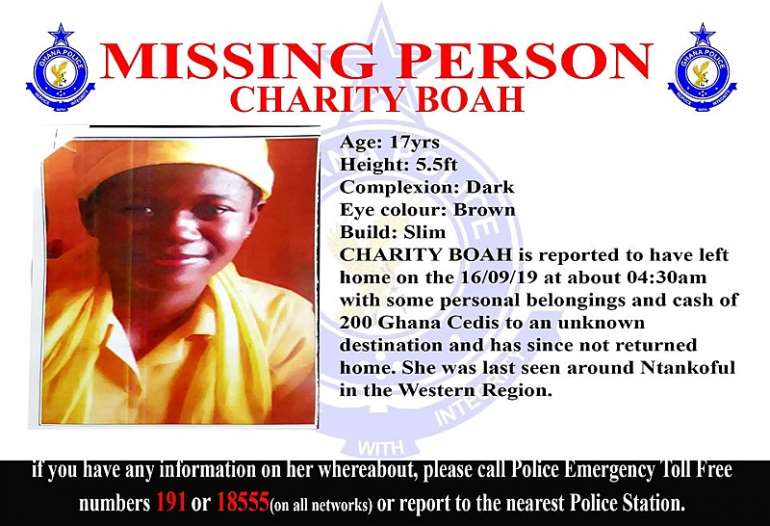 Another teenager, 17-year-old Fauzis Aliu left home on 10th September at about 7pm to an unknown location.

“She was last seen at Tanokrom, a suburb of Takoradi,” the police noted. 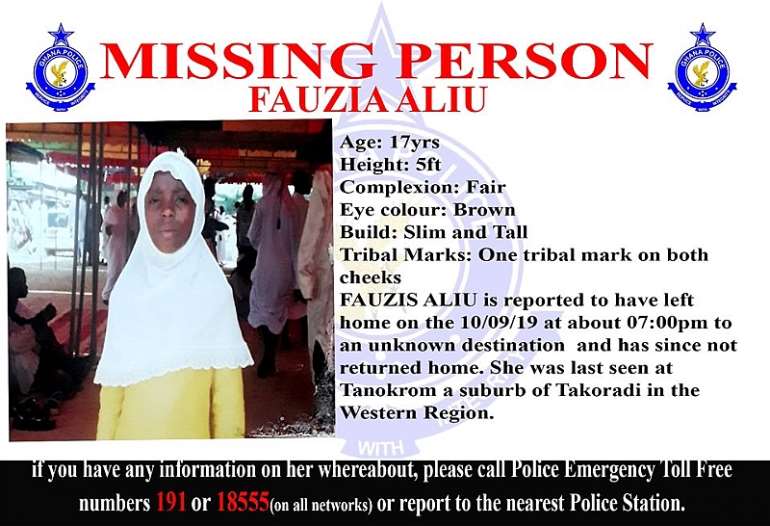 Rosina Gyekyewaa, 13, according to the police, left home to Market Circle in Takoradi to sell chicken feed at about 4pm.

She was last seen at about 6pm that same day at Market Circle but has since not returned home. 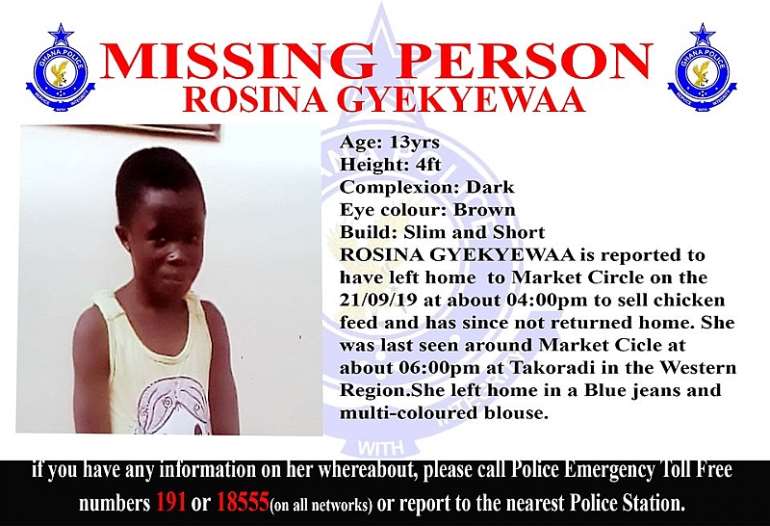 The only man named in the list, 40-year-old Kwame Krah, reported to be deaf and dumb left home on 30th September at about 9.30am “to…Beposo or Shama junction and has since not returned home. He was last seen around Anto,” the police said. 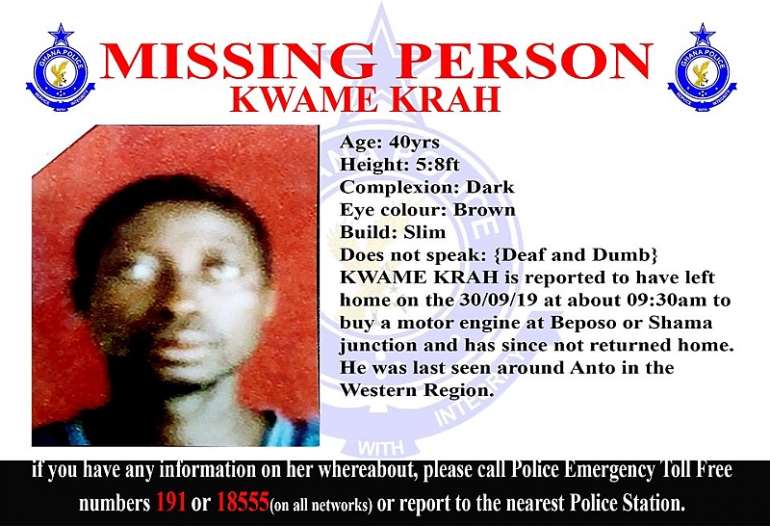 The Police are asking the public to provide it with relevant information on the whereabouts of the missing persons via its toll-free number 1919 or 18555 or report to the nearest Police Station.

The development comes at a time when people in the region and many Ghanaians are still reeling from the shock about the kidnapping of four young girls in Takoradi.

The Police in a major announcement recently said a DNA test it conducted on bones it collected from around the premises of a key suspect proved to be remains of the missing girls.

The families of the girls say they do not accept the results and have staged a demonstration to demand that the police leadership reunite the girls with them alive.