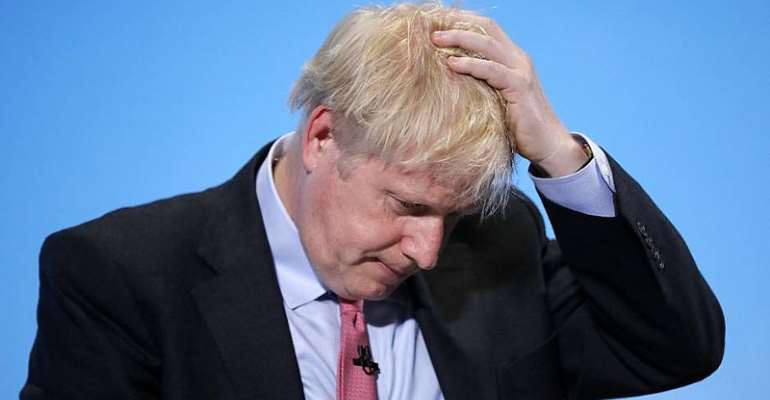 British Prime Minister Johnson defends his new proposals for an agreement with the EU. Brussels, on the other hand, sees new problems and expects more from London.

29 days before the Brexit, there are no signs of an agreement on a withdrawal agreement between Great Britain and the EU. While on Thursday the EU Commission demanded "more work" from London, Prime Minister Boris Johnson demanded "good will" from Brussels. If there is no agreement, his country will leave the EU on 31 October without an agreement, he confirmed in the House of Commons. The opposition criticised Johnson's proposals.

The Brexit proposal, presented by Johnson as final, contains problematic points, which is why further work is necessary, said a EU Commission spokeswoman. "But this work must be done by the UK and not the other way round. After all, it is the UK that is leaving the EU, not the EU from the UK.

The Brexit experts in the European Parliament have also rejected Johnson's proposals as insufficient. In its current form, these are not a basis for an agreement that the EU Parliament could agree to, the so-called steering group explained. The decisive questions would not be clarified.

Johnson put forward a proposal on Wednesday to reach an agreement with Brussels before the planned EU withdrawal on 31 October. According to the proposal, the British province of Northern Ireland will remain in a customs union with Great Britain after Brexit. However, controls on trade with Ireland will not be carried out at the border, but only "decentralised" via online forms and checks on company premises and along the supply chain.

"We are ready to engage constructively with our (British) interlocutors," the Commission spokeswoman added. But the ball is not in the EU's court. What is needed is a solution that would prevent border controls between Northern Ireland and Ireland and protect the EU's internal market.

Johnson, however, stressed after a cabinet meeting that London had shown "great flexibility" in the search for a solution. "If our European neighbours decide not to show the same good will to reach an agreement, we will leave without an agreement on 31 October," he said in the House of Commons.

The leader of the opposition Labour Party, Jeremy Corbyn, replied that Johnson's plans were not feasible. It is not a serious offer to the EU. Ian Blackford, the parliamentary leader of the pro-European SNP, also called the proposals neither acceptable nor feasible. He called on Johnson to postpone or resign the Brexit.

Johnson wants to ignore postponement law
Parliament had already passed a law in early September forcing Johnson to postpone Brexit for three months if no agreement is reached with Brussels by 19 October. Johnson wants to ignore the law and sent Parliament on a compulsory break, which he wanted to last five weeks. The Supreme Court allowed two lawsuits against it, Parliament immediately reassembled last week

Johnson has already announced that he intends to send Parliament back to recess on Tuesday. It is to last from 8 October until a Queen's speech on 14 October. This one-week break is the shortest possible time to make all necessary logistical arrangements for Queen Elizabeth II's speech. The Queen traditionally reads the Prime Minister's government programme.

High Court shoot down Agordzo's application to travel
13 minutes ago

ASEPA to file RTI request for minutes of Justice Dotse-AG 'S...
13 minutes ago