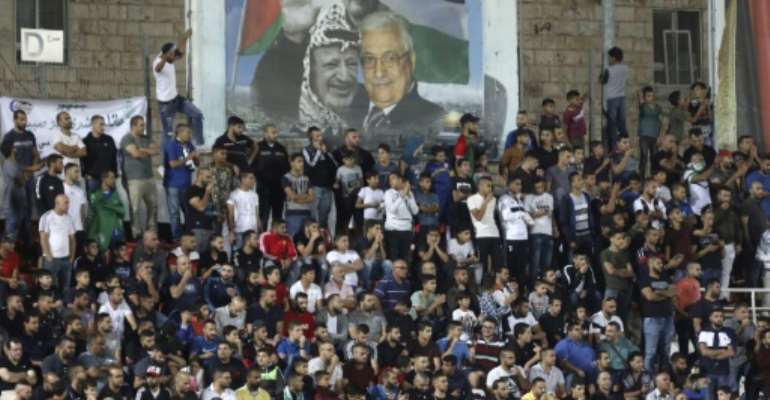 The first Moroccan football team was playing in the occupied Palestinian territories on Thursday, as the head of the Palestinian football association announced the Saudi national team would also visit.

But 28 fans of the Raja Casablanca club were denied entry to the occupied West Bank by "Israeli occupation forces", Morocco's MAP news agency said, quoting the country's embassy in Jordan.

Arab clubs and national teams have historically refused to play in the West Bank, where the Palestinian national team plays, as it required them to apply for Israeli entry permits.

This was seen as breaching a decades-long Arab boycott of the Jewish state over its treatment of the Palestinians.

But in recent years either clubs or national teams from Iraq, Jordan, the United Arab Emirates and Bahrain have all visited.

Others, including Egypt and Lebanon, still refuse.

The Saudi game, due to take place on October 15 in the West Bank but as yet unconfirmed by Saudi authorities, would mark a change in policy for the Gulf state, which has previously played matches against Palestine in third countries.

Thursday evening's match kicked off at 1600 GMT, with Raja Casablanca squaring off against Palestinian team Hilal al-Quds in the Arab Champions Cup.

The Moroccan giants won the first leg 1-0 at home, with the team's supporters waving Palestinian flags and chanting songs supportive of the cause.

"We consider we are winners due to the presence of Raja Casablanca," Hilal al-Quds's sporting director Badr Makki said before the game started.

"But that doesn't stop us hoping to win and progress."

'Delighted to be in Palestine' 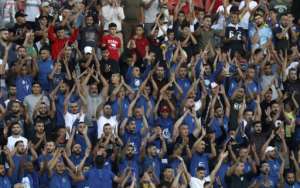 The game was being played at a stadium in Al-Ram, close to the city of Jerusalem.

"We are delighted to be in Palestine to represent Morocco," Raja Casablanca's coach Patrice Carteron told a news conference late Wednesday.

Palestine was first recognised by FIFA in the late 1990s but the team and organisation have grown in recent years.

Saudi Arabia is expected to play Palestine in a World Cup qualifier on October 15.

Four years ago a similar game was ultimately played in Jordan after pressure on the Saudis not to enter the West Bank.

Speaking Thursday, the head of the Palestinian football association Jibril Rajoub announced the Saudi team would arrive on October 13.

The game to be played at the Al-Ram Stadium, which is recognised by FIFA, would not breach boycott attempts, he said.

"Those that don't want the Arabs to enter Palestine and play are Israel and the Muslim Brotherhood," Rajoub added.

Israel occupied the West Bank in a 1967 and any person seeking to visit Palestinian cities must obtain an Israeli permit.

Uri Levy, head of the Middle Eastern football website Babagol, said there was a growing trend of Arab teams playing in the West Bank.

"People are starting to understand more and more this is something that will help Palestine and will make the Palestinian cause stronger, rather than saying 'we are not going to play there,'" he said.