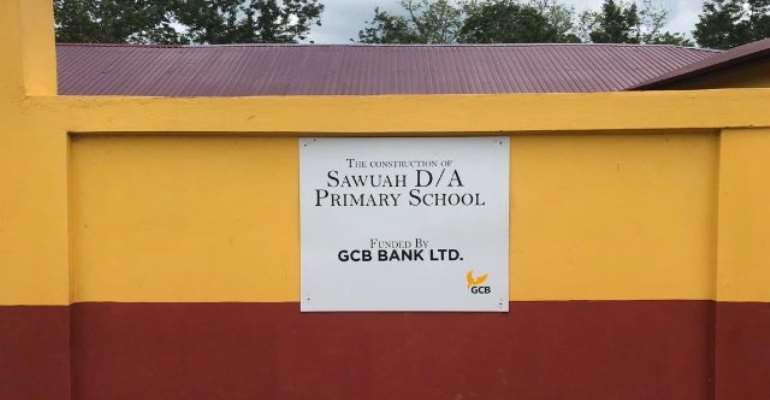 GCB Bank has constructed and handed over a six-unit classroom block for school children in Sawuah, a community close to Donkorkrom.

This is to replace their school building which collapsed five years ago.

The school building which costs ¢400,000 comes with a staff common room, a water reservoir and a walled compound.

All the classrooms have also been fully furnished to provide a comfortable teaching and learning environment for both pupils and teachers.

“The Bank’s construction of the classroom block was in response to a 2015 article published in the Daily Graphic in which the school requested for assistance for the renovation of a school building which had just collapsed.

“The article also described the very unfavourable conditions under which the pupils were studying at the time”, he explained.

The construction of the classroom block is in fulfilment of GCB’s commitment to supporting education and the development of communities in which it operates.

“This project is also contributing to the attainment of goal 4 of the Sustainable Development Goals which focuses on the provision of quality education for all”, the MD of GCB Bank added.

The construction of the school block was fully funded by GCB Bank under the supervision of the Donkorkrom branch of the Bank.

The bank also received support from the Donkorkrom District Assembly and the Catholic Priest in the area.