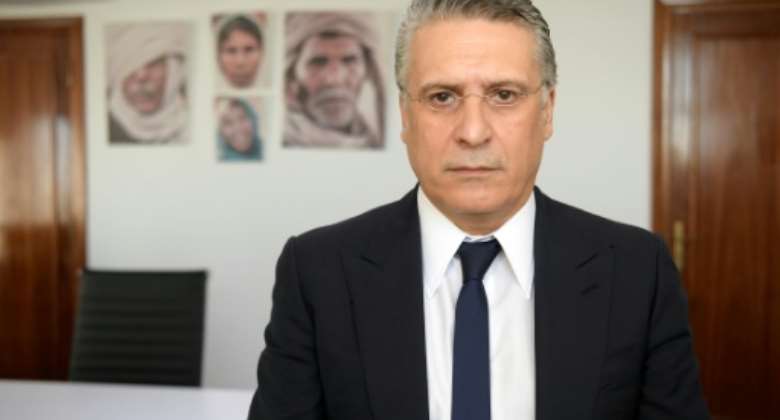 Tunisia's court of appeal rejected on Tuesday a fresh request to release jailed media mogul and presidential candidate Nabil Karoui, one of his lawyers said, less than two weeks before the runoff.

"Unfortunately the indictment chamber... refused the release request," lawyer Kamel Ben Messoud told AFP, adding that he planned on meeting Karoui's other lawyers to decide their next move.

The 56-year-old, who has been under investigation since 2017 for money laundering and tax evasion, was placed in pre-trial detention on August 23 and subsequent applications to release him have been denied.

The timing of his arrest, 10 days before the start of campaigning, has raised questions about the politicisation of the judicial process.

In July, an investigating judge froze the assets of Karoui and his brother Ghazi, and imposed a travel ban.

When Karoui appealed against those decisions, the indictment chamber issued an arrest warrant, and he was detained at a motorway tollbooth after an election visit.

Despite the legal proceedings, Karoui's candidacy was approved by the elections commission ISIE and he campaigned via the Nessma television channel he founded and through his wife Salwa Smaoui.

After the first round of voting on September 15, independent law professor Kais Saied led with 18.4 percent of votes, according to ISIE, with Karoui in second with 15.6 percent.

Karoui's party, alongside ISIE, international observers and various politicians have called for the jailed candidate to be allowed to campaign fairly ahead of the second round, expected on October 13.

Minority investigates impersonation of Adwoa Safo in 2022 bu...
26 minutes ago

2022 Budget: Majority’s precedent will haunt them – Minority
54 minutes ago