From the Streets, to Giving Hope to Many Other Homeless People 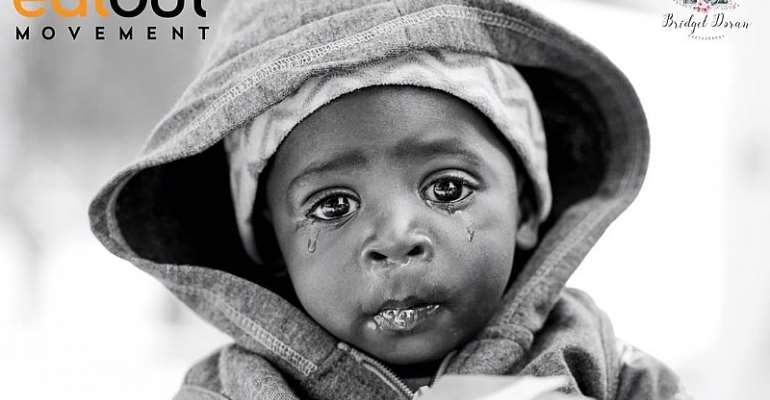 This is the tale of a young man who had a vision of starting his own company but after making mistake after mistake, running his savings dry found himself living on the streets, fearing and fighting for survival in those painful, dark and cold months of his life.

With just a few belongings notably his laptop, few clothes and 2 blankets, Henry lived in the streets of Braamfontein, Johannesburg for 8 months. His homeless experience made him question why most people end up homeless. The stories he heard broke his heart but at the same time inspired him to start an initiative in the city of Johannesburg called Chow4Change (meaning to Eating for Change). The aim was to restore dignity and respect for homeless people, as anyone of us can find ourselves homeless and being homeless does not deem one a failure or useless to society.

Henry’s aim was to bring corporate, social, political and religious leaders together in an effort to influence them into using their positions to help in the fight against homelessness. Eventually he moved back to his home country Zimbabwe and there he met Nicole Rautenbach an avid and passionate CSR consultant who strongly believed businesses can be used as a tool for social change in the communities they operate in. Henry and Nicole with a group of other like-minded individuals, founded EatOut Movement which is the same concept as the Chow4Change he had started off in South Africa.

In Zimbabwe, the initiative was introduced in the form of a campaign called CEO EatOut Event. The campaign entailed setting up pop-up fine-dining restaurant where CEOs and top level management of local companies were invited to come and serve the homeless a meal. Prior to the meal, the guests (the homeless community in Harare), were offered a haircut, shower, hygiene pack, clean change of clothes, counselling, legal aid services and a health check. The CEO EatOut event saw the inception of a growing series of long-term sustainable programmes and events to fight homelessness and were widely supported by a large number of corporate entities and volunteers within Zimbabwe.

The inaugural CEO EatOut Event was supported by over 80 companies and organizations, with over 200 volunteers offering their services and attended by over 33 corporate executives. Since the success of the campaign, the initiative grew exponentially in both support and reach leading to the EatOut Movement being established as an organisation.

The EatOut Movement is now registered in the UK and Zimbabwe with the vision of the organisation being to end homelessness one life at a time. The Movement’s mission is to Rescue, Rehabilitate, Recreate and Reintegrate the homeless community through sustainable programmes which do not only help this group with relief but empowering them with tools to look after themselves and be contributing members of society.

“We work hard every day to make the EatOut Movement inspire humanity into action and build homeless-free societies where everyone leads a fulfilled life” says Henry Chigama who is the CEO of the organisation.

EatOut Movement is rooted on the philosophy motivated by their dream for every homeless person “From Homeless to Home”, doing good to others and finding new creative and innovative ways of fighting homelessness! The organisation promises to keep a continuous commitment to fight this social inequality of homelessness.

The EatOut organisation is structured in four portfolios. One of their portfolios is homeless services, were the initiative currently runs and develops sustainable solutions to homelessness. The main aim is to solve the five main fundamental problems affecting homeless people. Our programmes focus mainly on Shelter, Health, Education, Empowerment& Opportunity and last but not least Food & Nutrition.

Further, there is the events and campaigns portfolio this is for the organising of fundraising events fundraise, raise awareness and engage citizens and leaders.

Lastly, there is the social investment portfolio. The organisations’ approach for this portfolio is to move from charity-handouts to sustainable Social Investment ideas. Using social investment models ensures we see a social, financial and economic return on all resources that comes through the organisation. Monitoring and evaluation tools to measure impact are being developed using internationally recognized standards and guidelines.

“Our main goal is to acquire land and develop a self-stainable Hope Village model (institution) which will house, skills train and generally empower the homeless community. This model village will have among other things health, educational, skills training, recreational, agricultural, rehabilitation, shopping and housing facilities for the homeless. These Hope Villages will be self-sustainable through the various income generating projects mainly run by the homeless people themselves. This model village will be replicated across Africa and other countries facing this homeless crisis. These villages will be built by the homeless people themselves” Henry articulates with a wide smile.

The organisation, has a number of events and projects in the pipeline for the remainder of this year as well as in the effort of reaching their ultimate vision of ending homelessness one life at a time. A truly inspiring movement worth being a partof!