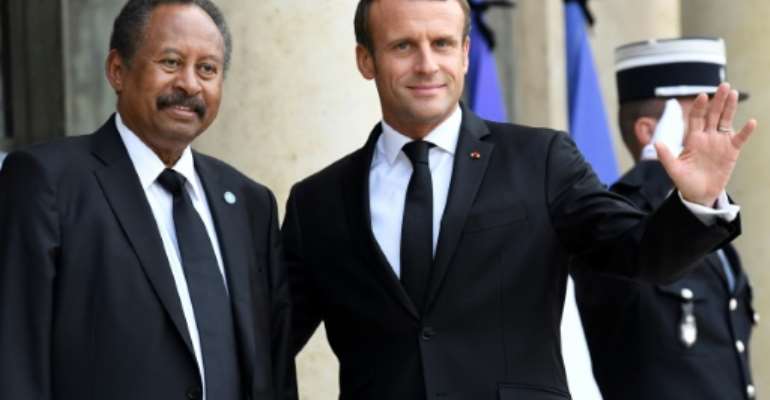 "We facilitated talks that Prime Minister (Abdalla) Hamdok had yesterday with Abdulwahid Nur, who is in our country," Macron said at a press conference with Hamdok after discussions in Paris.

"I think the step taken yesterday is an essential step," he added. "The Sudanese deserve to finally live in peace and security."

Nur, who is exiled in France, leads the Sudanese Liberation Army (SLA/AW), which does not recognise Hamdok's government, which is tasked with leading the country's transition to civilian rule.

Hamdok said that his meeting with Nur, which he had expected to last 30 minutes, went on for nearly three hours and involved "very profound exchanges".

"We discussed the roots of the Sudanese crisis and possibilities for a solution and... we are going to lay the first stones for this edifice of peace," he said.

Sudan's western region of Darfur fell into widespread conflict in 2003 when ethnic minority rebels took up arms against the Arab-dominated government of Omar al-Bashir, who was toppled in April this year.

Tens of thousands of people have been killed in the years-long conflict in Darfur and more than two million displaced, according to the United Nations.

"There is no peace, there is no accountability, there is no free press -- the killing in Darfur, in the Nuba mountains, in the Blue Nile is continuing," he said.

Hamdok's visit to France was his first to Europe as prime minister, and comes after France's foreign minister Jean-Yves Le Drian visited Khartoum earlier this month.

Macron reiterated Monday that France was ready to help rebuild Sudan's economy, announcing a 15 million euro ($16.3 million) aid package and plans for a donors' conference in the coming weeks.