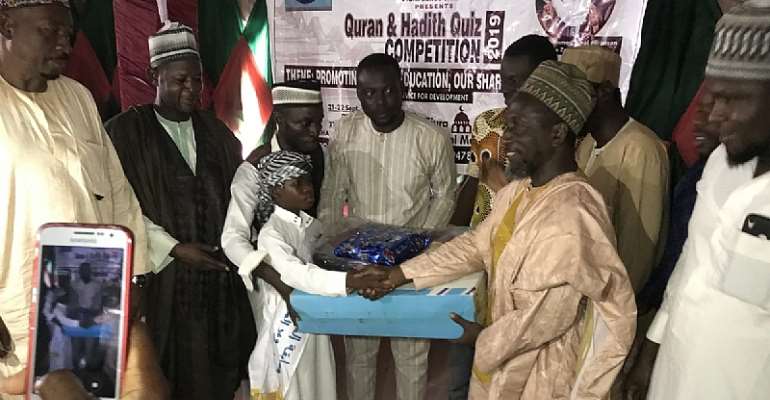 There’s is, therefore, the need to promote its study among Muslim children so that, they may know the dictates of Islam, which is a religion of Peace.

It is in view of the above that, the Concerned Youth Of Ejura, a community-based organization that is working to promote the development of the youth and that of Ejura) under the auspices of the Ejura ZONGO Chief initiated the Qur’an &Hadith Competition to promote Arabic Education within the Zongo Community in Ejura.

Speaking at the closing, the Ejura Zongo Chief, Alhaji Suraj Mohammed Alhassan admonished parents and all stakeholders to take pride in promoting Arabic studies as that is one way Islam can be promoted. He also extended his gratitude to the Concerned Youth of Ejura, all Arabic Teachers And those who donated to support the Project.

The Secretary to the Concerned Youth Of Ejura, Mr. Abubakar Saddique also stated that the children are the future leaders. As such, the love for seeking knowledge must be inculcated in the young ones. He stated that this initiative he believes is going a long way to allow as many of the children who didn’t take part to also work hard to be part next year and also put various Arabic teachers on their toes to sharpen the recitation skills of their students. In all, he thanked all those who made this possible especially Alhaji Suraj Mohammed Alhassan, the Ejura Zongo Chief, under whose leadership this came to fruition.