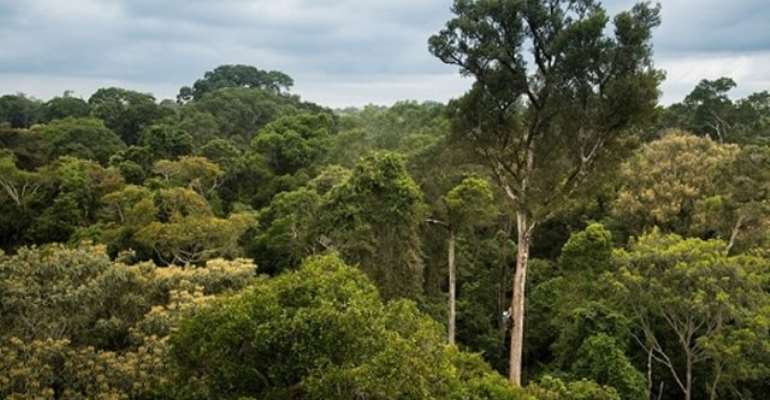 The government has appealed to the Chinese government for support in afforestation, forest protection and timber diversification towards environmental safety and sustainability.

A Deputy Minister of the Lands and Natural Resources in charge of Forestry, Benito Owusu Bio, who made the appeal through the Chinese Embassy in Ghana, noted that most of the timber and wood processing companies in the country particularly in the Ashanti Region have either collapsed or on the verge of collapse as a result of the gradual extinction of the preferred timber species or depletion of forest resources in the country.

He said though the Ministry is working hard to create an alternative to sustain forest timber and the wood industry, and environmental preservation, the support of the Chinese government in the bamboo sector is also considered very crucial in the short term.

Mr. Owusu Bio made the appeal near Ejisu in the Ashanti Region at the closing ceremony of training for Ghanaians in bamboo and rattan development technology.

The 90 participants who were drawn from almost all parts of the country are artisans in the use of rattan and bamboo for various products mostly in the furniture industry.

They went through a one-month training in two batches with each taking two weeks to learn new and improved techniques and technologies in their enterprises.

The trainees were also given certificates from the Chinese Embassy to serve as master Artisans in the industry.

Mr. Owusu Bioh said the government is keen on promoting the adoption of the two resources as alternatives to timber and forest resources so as to reduce the over-reliance on known timber species.

The Chief Executive Officer of the Forestry Commission, Kwadwo Owusu Afriyie, told Radio Ghana that the Commission plans to include bamboo plantation in its national afforestation programme to upscale its availability in the country as well as help preserve the environment.

The Counselor at the Chinese Embassy, Chai Zijin, pledged the support of his government for the industry.

He, however, urged the beneficiaries of the training to impact their communities positively with the new technologies.