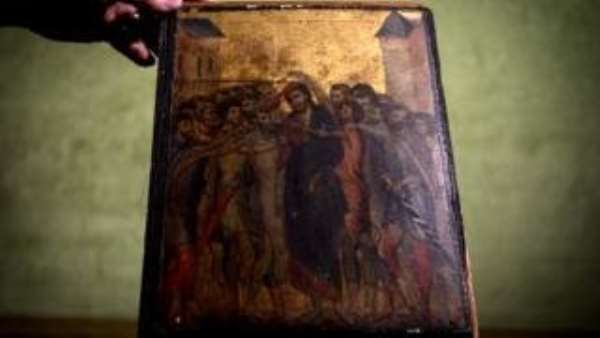 A painting found hanging in an elderly woman's kitchen near Paris is a long-lost masterpiece by Florentine Renaissance artist Cimabue, art experts say.

"Christ Mocked", part of a series of paintings from the late 13th Century, was discovered at the property in the northern French town of Compiegne.

The woman had it valued believing it to be an old religious icon. Experts said there was "no disputing" its origin.

Tests were carried out on the artwork using infrared light to determine the similarities with works by the Italian painter Cimabue, also known as Cenni di Pepo.

It is believed to be part of a polyptych - a larger work of painted scenes divided into several panels - depicting Christ's passion and crucifixion dating from 1280. 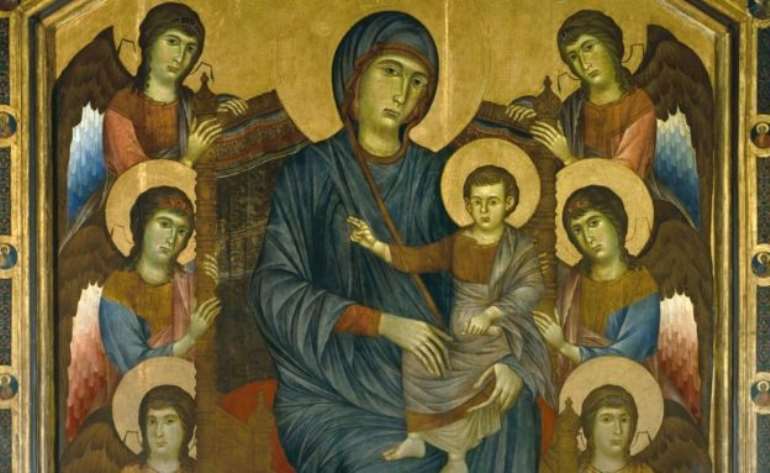 The Madonna and Child in Majesty Surrounded by Angels, by Cimabue, at the Louvre in Paris

In an interview with The Art Newspaper, Mr Turquin said that one of the clues to the painting's origin lay in its panel.

" You can follow the tunnels made by the worms ," he said, referring to tracks in the panel made by wood-eating larvae similar to those found in other sections thought to be part of the same Cimabue artwork. "It's the same poplar panel," he added.

The painting, which the owner had hung above a hotplate in her kitchen, will be auctioned in France on 27 October.

Two other scenes from the same Cimabue series can be seen at London's National Gallery, and the Frick Collection in New York.