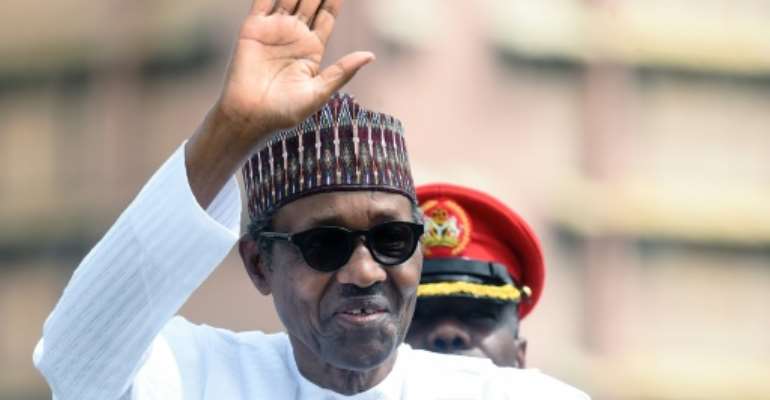 Nigeria said the report "scratches the surface of the subject then ends up blaming the government under the able leadership" of President Muhammadu Buhari (pictured June 2019). By PIUS UTOMI EKPEI (AFP/File)

Nigeria on Friday rejected the findings of a UN report on violence in the country accusing it of simply blaming the government of President Muhammadu Buhari.

"While we agree that the violence in Nigeria, or in any country, is a major concern and that there is a rippling effect, we are disappointed that the rapporteur was silent on intra-group violence," presidential spokesman Garba Shehu said in a statement.

Shehu said defended the government saying it was trying its best to end the violence.

"There is absolutely no doubt that violence between farmers and herders, which has a long history in our country spiked in recent years but the effectiveness with which the federal and state authorities responded made a big difference," he said.

Calm has virtually returned to all parts affected by the peculiar violence, he added.

Shehu called for the support of the UN rapporteur in reporting government efforts to end the conflicts, rejecting a report that he said "scratches the surface of the subject then ends up blaming the government under the able leadership of President Muhammadu Buhari."

In a preliminary report at the end of a 12-day visit to Nigeria, Special Rapporteur Agnes Callamard accused the government of not doing enough to end the violence between herders and farmers in central Nigeria as well as the kidnappings for ransom and banditry in the northwest which have claimed thousands of lives in recent months.

The report also called on Nigeria to stop extra-judicial killings by security forces in the country.

Hundreds of Boko Haram detainees have been killed over the decade-long jihadist uprising, while dozens of civilians have died in police custody.

The security forces have repeatedly denied the allegations.