Another Man Killed At Ashaiman 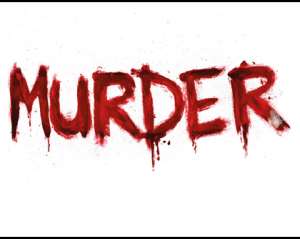 Barely few days after some three men were killed by unknown assailants at Ashaiman in the Greater Accra Region with parts removed, another person has also been murdered.

A 20-year-old Oscar Ahorgah was reportedly stabbed to death by 16-year-old Sheriff Mohammed at Tabooline, a suburb of Ashaiman, when the latter was trying to stop a fight between the deceased and his girlfriend.

The suspect, together with his accomplice, who was only identified as Alfred, allegedly attacked and stabbed Oscar. Alfred was said to have physically assaulted him and in the process Sheriff allegedly stabbed him in the chest.

DSP George Antwi Tanoh, Crime Officer of the Ashaiman District Police Headquarters, confirmed the incident to DAILY GUIDE and said it occurred on Tuesday at about 5:30 pm.

He said the suspect allegedly stabbed the deceased when he was stopping a fight. Oscar was rushed to Tema General Hospital but was pronounced dead on arrival, he added.

The Crime Officer said examination of the body of the deceased revealed a deep cut on the left chest and on the right arm.

He said Sheriff was arrested from his hideout at Nima, Accra, and added that they were working hard to arrest Alfred too.