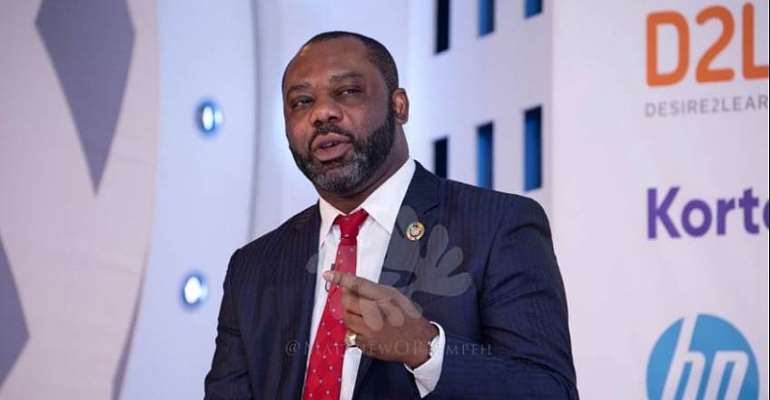 Dr Matthew Opoku Prempeh, Education Minister has described the 2019 SHS placement system as the best since its inception.

Although the Computerised School Selection and Placement System (CSSPS) has been fraught with challenges resulting in a near stampede at the Black Stars Square in Accra on Monday, Dr Opoku Prempeh claims the records show that this year’s placement system is an improvement on the previous years.

Several parents have complained that their wards, despite making the marks for admission, were not placed in any of their five school choices.

The parents and their wards therefore besieged the Ghana Education Service’s (GES) resolution centre set up at the Black Star Square on Monday and in the process, seven people, including four female students, a pregnant woman and two male students, collapsed and were rushed to the Greater Accra Regional Hospital, where they were treated and discharged.

But speaking at a press conference in Accra on Thursday, Dr Opoku Prempeh said even though some people wanted to portray the placement system as a failure, "this year is the best year that we have had since we started".

He also reiterated claims that those who were at the resolution centre had been urged by the opposition to “misbehave” at the Black Star Square.

Mahama Announces $10billion Infrastructural Plan To Finish A...
44 minutes ago