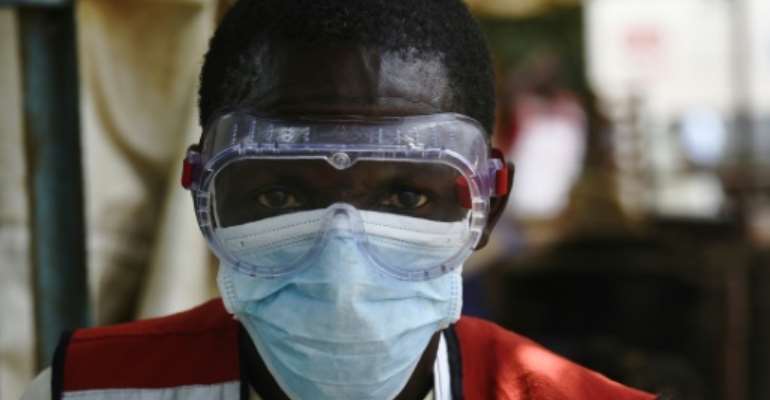 The ongoing Ebola outbreak is the second-worst one in history. By ISAAC KASAMANI (AFP)

The World Health Organization warned Thursday that violence in northeastern Democratic Republic of Congo had halted efforts to rein in Ebola in one area, even as the spread of the deadly virus intensified.

The UN health agency said that as of Tuesday, DRC had registered a total of 3,145 cases of Ebola since the outbreak began in August 2018, including 2,103 deaths.

And it warned that transmission appeared to be worsening, after DRC's hard-hit North Kivu and Ituri provinces registered 57 new confirmed Ebola cases in the week leading up to September 17, compared to 40 new cases a week earlier.

At the same time, WHO said, a number of "localised, minor security incidents" continue to mar the response to the outbreak, including impeding safe burials of the highly contagious bodies and the administering of vaccines around Mambasa and Komanda.

Even more concerning was a four-day "major security incident" that erupted in Lwemba, in the Mandima health zone in the northeastern Ituri province, last Friday in reaction to the Ebola death of a local healthcare worker.

"Due to the violence that occurred during the incident, all activities have been suspended in the area until further notice," WHO said.

The UN health agency, which has declared the epidemic a "public health emergency of international concern", said the suspension was having "a serious impact on the response activities on the ground".

"It could lead to gaps or delays in the reporting of new (Ebola) cases in this hotspot area," it cautioned.

Such incidents, it said, highlighted the vital need for continued and proactive engagement with communities in impacted areas.

The ongoing Ebola outbreak is the second-worst one in history after more than 11,000 people were killed in Guinea, Sierra Leone and Liberia between 2014 and 2016.

But the containment efforts have been hindered from the start by conflict in eastern DRC, as well as attacks on medical teams tackling the haemorrhagic fever amid resistance within some communities to preventative measures, care facilities and safe burials.

We’re Investing Massively In Infrastructure; Not Rearing Fly...
13 minutes ago

Mahama Shakes Tarkwa As Menzgold Customers Give Him Rousing ...
13 minutes ago