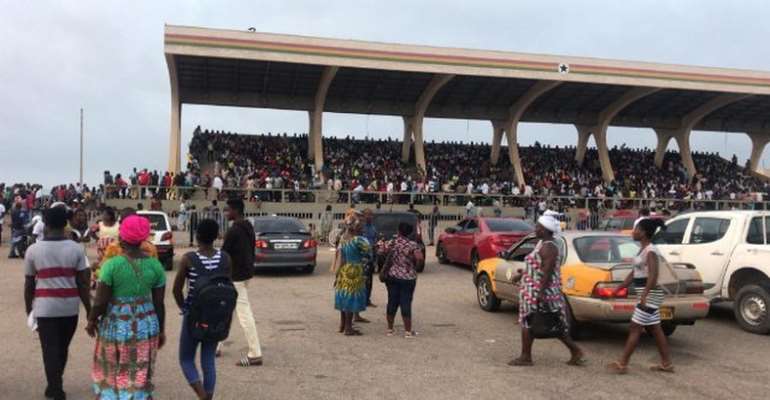 A Deputy Minister of Education, Dr. Yaw Osei Adutwum, has been caught in huge populist agenda that has exposed those handling the Computer School Selection and Placement System (CSSPS).

In the estimation of the Deputy Minister, he is the only one with the repository of knowledge to solve problems associated with the school placement.

Dr. Adutwum is reported to have cut short a trip in the United of States America (USA) to fly back to Ghana to help solve issues.

Per a report by 3news.com, the Deputy Minister was to address a conference he was attending in the US to find a solution to the challenges the computer placements were facing.

But sources within the CSSPS have told this medium that the minister's action was nothing but a slap on the faces of hardworking staff who have done a fantastic job in connection with the schools placement.

It is turning out from the corridors of the CSSPS that at no point was the Deputy Minister sidelined in the placement exercise this year or had his login credentials revoked.

"The whole preparation for the placements were done with all those who matter on board so the claim that the Deputy Minister was sidelined cannot be true," the sources said.

The sources said: "We are working with experience persons as a team and no single person can claim to have the magic wand among us to solve any problem alone."

According to the sources, despite the problems that came over the self-placements for schools, this year's placements have been successful.

The Ghana Education Service (GES) says over 90% of students qualified to pursue Second Cycle education have been placed in schools.

The GES, again said that most of the students who stormed the Independence Square for self-placement had already been placed under the automated placement but wanted to change either the schools or status from day to boarding.

According to the GES, this year's placements were better as compared to previous years that the Free SHS program started because of the use of advanced software.

The system for self-placement was abused when it was activated, forcing the GES to suspend the system.

For instance, Category A schools which were full still had students self-placing themselves in those schools.