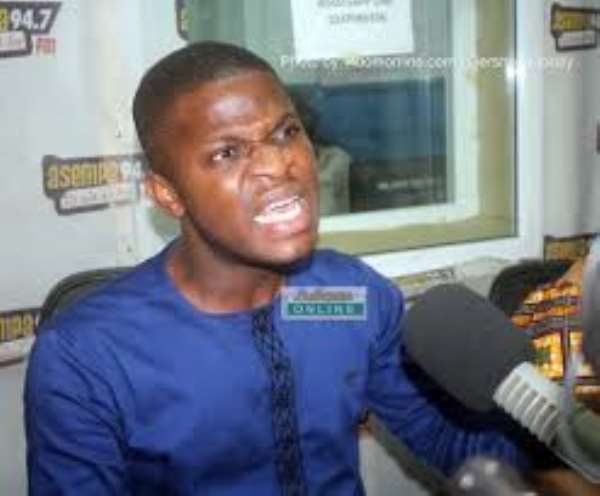 The National Communications Officer of the opposition National Democratic Congress (NDC), has stated that public confidence in the Criminal Investigation Department (CID) has decreased drastically ever since Maame Tiwa Addo Danquah was appointed the head.

Sammy Gyamfi’s reaction was in response to the announcement by the Ghana Police Service yesterday pertaining to the four missing Takoradi girls in the Western region.

The Acting Inspector General of Police, James Oppong Boanuh in a statement said, “…the DNA test conducted on samples discovered in the course of police investigations into the disappearance of four missing girls have turned positive as the remains of the girls.”

In a phone interview this morning on “Ade Akye Abia” programme on Okay FM, Sammy Gyamfi said, “So long as Tiwaa Addo Danquah remains the CID boss, public confidence in the CID will continue to wane.”

The suspect, Samuel Udotek Wills who upon interrogations admitted that he together with suspects John Orji and John Shika kidnapped the young girls and sent them to Nigeria by road to a location called ‘Baby factory’ in Anambra State.

Mahama becoming President again is one of the greatest calam...
25 minutes ago

What Shatta Wale did was childish and stupid — Nii Ayitey An...
33 minutes ago