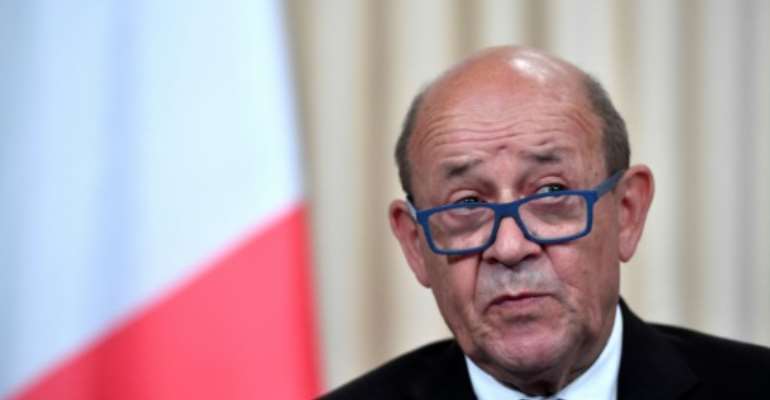 French Foreign Minister Jean-Yves Le Drian is the first top diplomat from France to visit Sudan in a decade. By Alexander NEMENOV (AFP/File)

French Foreign Minister Jean-Yves Le Drian arrived Monday in Khartoum for a one-day visit, the first such trip to Sudan by France's top diplomat in more than a decade.

Le Drian's visit comes at a time when the northeast African country transitions to a civilian rule after decades of authoritarianism.

During his short visit to Khartoum, Le Drian will hold talks with his Sudanese counterpart Asma Mohamed Abdallah, officials said.

He will also meet Prime Minister Abdalla Hamdok and General Abdel Fattah al-Burhan, the head of a civilian-military joint ruling council that is overseeing Sudan's transition to a civilian rule.

Le Drian will also hold talks with some members of the protest movement who headed the months-long uprising that finally led to the ouster of long time autocrat Omar al-Bashir.

The minister will show France's support to the ongoing transition in Sudan and to the "strong will of the Sudanese people for democratic change, more freedom, peace and justice," the French foreign ministry said in a statement.

Le Drian is the first French foreign minister to visit Khartoum in more than a decade.

On September 8, Sudan's first cabinet led by Hamdok was sworn in to run the daily affairs of the country.