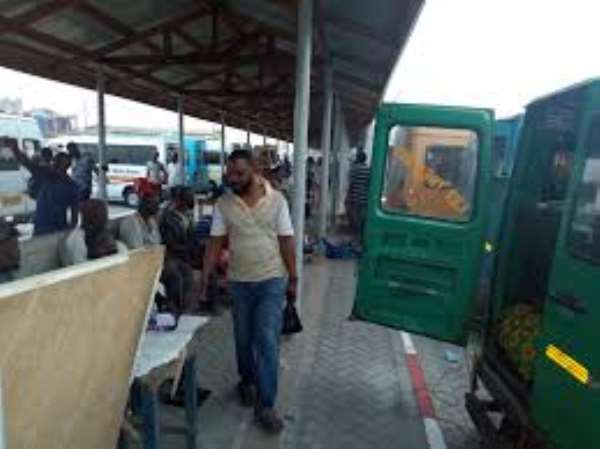 Some passengers have expressed worry over the new increase in transport fares, describing it as unfavourable.

At the main Kasoa bus terminal in the Awutu Senya East Constituency in the central region, passengers expressed that the new increment in transport fares coupled with the current economic status will further burden the Ghanaian citizen.

“Government should subsidize fuel prices. Something should really be done about it, the cost of living is high and increasing transport fares by 10% is unfavourable” a passenger boarding a bus to Circle lamented.

The GPRTU at Kasoa told journalists that indeed effective today 16 September, 2019 changes have been made in the various fares and includes: from Kasoa to Circle has moved from ghc4 to ghc4.50, Kasoa to Ashiaman ghc8 to ghc9, Kasoa to Tema ghc9 to ghc10, Kumasi-Konongo ghc30 to ghc33 for Sprinter buses and ghc35 to ghc38 and Kasoa to Nsawam ghc7 to ghc8.

According to GPRTU, they took into consideration the increased pricing in the various components that goes into running commercial transport services in the country, including petroleum products, in arriving at the decision.