Doctored Admissions: The US University Admissions Scandal as a Global Problem 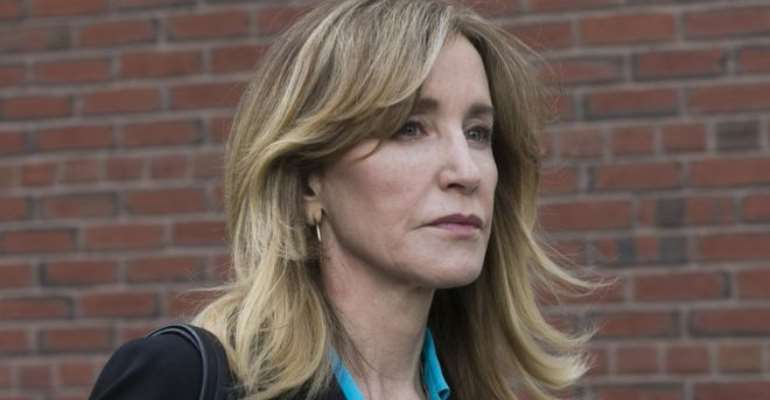 Not so much a Desperate House Wife as a desperate mother, a contrite Felicity Huffman, known for playing Lynette Scavo, has been convicted for her role in the university admissions scandal in the United States. The scene is set for another dramatization, though few can go past the sheer levels of tinkering Huffman was engaged in to have her daughter’s entrance exams marked in 2017. Money changed hands - $15,000 – a deed that has cost her 250 hours of community service, a $30,000 fine, and 14 days in prison.

The defence had requested a year of probation in lieu of jail time, with the same number of hours of community service and a more modest fine of $20,000. While not feeling particularly vindictive, the prosecutors suggested that this was just a touch rich, arguing in a memo that “neither probation nor home confinement (in a large home in the Hollywood Hills with an infinity pool) would constitute meaningful punishment or deter others from committing similar crimes.”

Huffman has been the conspicuous face of an admissions furore that should have enticed a yawn rather than any horror. It involved keen parents; it involved weak willed coaches; it involved generally thick children (the latter have been spared indictments) and it had the mandatory mastermind, William Sanger. The actress was gracious in punishment, wanting to “especially apologise to the students who work hard every day to get into college, and to their parents who make tremendous sacrifices supporting their children.” Some fine acting, indeed.

The picture of those 50 or so individuals involved in this rigging matter is not pretty. It is the usual galling picture of failed meritocracy, an incitement to cheat and hustle your way through life. Manuel Henriquez, CEO and founder of a Silicon Valley hedge fund in Palo Alto, was proud about how he and his daughter managed to cheat without detection.

Such scandals are only horrific as brief moments of shock: the ceremonial of it all is how normal it is, the acceptable face of a certain type of corruption. Money speaks garrulously, and university admissions are little different, seduced by the prospect of chocked bank accounts. There are ties to pull, people to bribe.

The means of payments vary, given the sort of packaging that university officials find acceptable. In India, for instance, the donation is a formidable instrument to smooth the process. The problem is rife among medical colleges. Government records, as reported by Reuters in 2015, revealed that 69 Indian medical colleges and teaching hospitals had fallen foul of “rigging entrance exams or accepting bribes to admit students” since 2010.

There are deeper issues at play. To manipulate a system, the means to do so, and their assured success, must be present. There must be willing functionaries, questionable processes, and connivance. The Huffman-University problem is one writ large, a global pandemic of institutional failure. The Council for Higher Education Accreditation’s recent report noted “the ubiquity and diversity of corruption in higher education, including unethical, inappropriate, sometimes illegal practices” with evidence suggesting “that in every part of the world higher education is affected by corruption to some extent.” Wonky parents are simply a small component of the sprawling picture.

Transparency International identifies four grounds fertile for corruption in global higher education: the increase in the number of students which has not been met with adequate state funding; the need for universities to find their own funding; the remorseless pursuit of university rankings, feeble and intellectually questionable as that is; and the grant of “greater administrative autonomy” to universities, detached from the traditional role of education ministries.

In the US case, examiners were willing to disgorge the answers in certain prominent cases. Athletic directors happily received cash for favours, forging sporting records that never existed. In Australia, where education has become an insufferable cash cow, universities of various degrees of standing have been softening standards, going generous on poor results (admitting foreign students, for instance, with scores of 4.5 on the English Language Testing System, when the recommended minimum score is 7). The University of Tasmania went one better in 2018, with an enterprising staff member writing an email noting the waiving of English proficiency altogether as a requirement “to encourage acceptances for July 2018”. While university officialdom fattens, the thick shall inherent the earth.

The New South Wales Independent Commission Against Corruption released a smoulderingly damning report in 2015 making the plain-as-day point that universities had to part business and academic functions. Intertwining “compliance and profit rather than separating them, and to reward profit over compliance, can be conducive to questionable and corrupt behaviour.”

This modest and cool assessment has proven idealistic: universities in Australia have conflated this to such a horrendous degree, subordinating toiling academic functions to those of the business model. This is not helped by the suffocating structures of pseudo-corporate vultures, pecking the institution of needed cash to pad out salaries that verge on the criminal. Vice Chancellors of limited education but supposedly equipped with acute business sense are prized; irrelevant, over-remunerated Pro-Vice Chancellors with egos the size of kept sporting fields extol “lived” values that seem distinctly dead. Universities, in other words, cannot be trusted with setting the standards, notably in areas such as English proficiency; the call of the lucre is too strong.

A convicted parent is purely sacrificial here, ignoring the point that universities are also prone to relaxing (well, breaking) rules and admitting the inappropriate, the under-qualified and the shoddy. If there is room in prison for the briber, there should just as well be room for the recipient. Overly keen parents may well desire their children to get a leg up in life (Huffman called it “giving my daughter a fair shot”), splashing generous cash in that endeavour, but it has to find a sympathetic audience. The corporate university, unscrutinised and policed, supplies it.