Internal displacement in West Africa on the rise - report 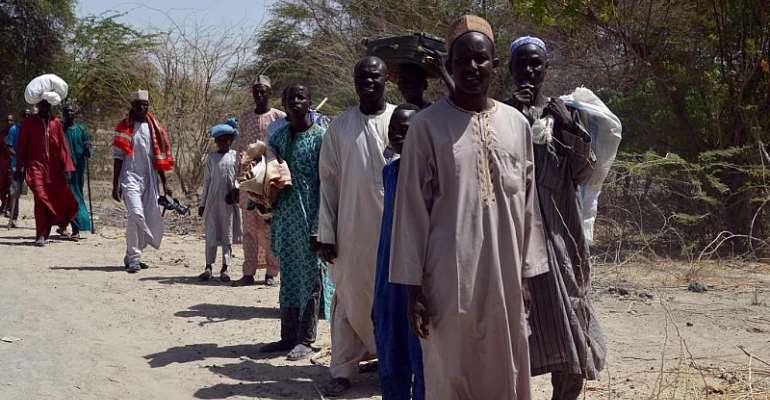 During the first six months of 2019, internal displacement in West Africa accelerated due to pockets of violence, especially along the porous Mali, Burkina Faso and Niger borders, according to a mid-year report out by the Geneva-based Internal Displacement Monitoring Centre on Thursday.

“The violence has its roots in the activities of several local but globally oriented jihadist groups that have spent years laying the groundwork for armed insurgencies that are now wreaking havoc across the three countries,” according to the report.

Nigeria-based Boko Haram and other armed militias in the region add to the regional conflicts and longstanding intercommunal tensions.

“Some of the disputes involve access to land and water, but many attacks are part of efforts to root out individuals linked to extremist groups or to take revenge for previous attacks,” it added.

“Niger was also really badly affected by Boko Haram mainly in the Diffa region in the southeast of the country, which is still the most affected region,” said Adrian Calvo-Valderrama, IDMC's senior monitoring coordinator for conflict and violence.

“We're also seeing some similar incursions from Mali and some groups taking advantage of that progression and causing massive displacement, particularly the regions of Tillaberi and Tahoua” in southwestern Niger, he added.

“However it is worth mentioning in some cases…military operations will generate displacement,” he said.  “So the civilians being targeted, directly or indirectly by the attacks, end up being displaced,” he added.

The desperation to protect village and family leads to forming the self-defense militias, according to Calvo-Valderrama, while farmers and cow herders are particularly vulnerable, due to lack of jobs, and often get swept up in the attacks.

“It's also the farmers and pastoralists have often been used as well as part of these attacks as a way for them to make some money as well due to the lack of livelihood. The impact of other factors, not just the attacks, to take over some lands, or cattle rustling, and so on, but also the effects of climate change, of great desertification, has a massive impact on their livelihoods and the access to livelihoods in certain communities,” he said.

For those who are displaced, the task remains that they are provided adequate protection and assistance.

“the ultimate aim must be to ensure that they are able to achieve durable solutions to their displacement, but most are afraid to return home because of the prevalent insecurity and scarce resources,” according to the report.

“Instead, they struggle to get by in overstretched host communities,” it added.