I Have Not Come To Enrich Myself – Akufo-Addo 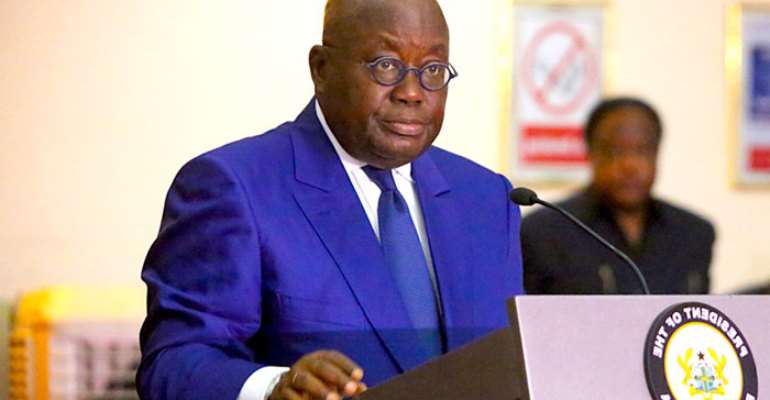 President Akufo-Addo has lambasted his critics who are trying to tag his administration as corrupt.

According to him, “I am aware of the orchestrated attempts by my opponents to hang the tag of corruption on the necks of my government and myself, despite all the manifest efforts being made to deal with the phenomenon of corruption.”

He has therefore told his critics bluntly that “I did not come into public life to enrich myself.”

Bawumia calls for greater unity, cooperation between Muslims...
48 minutes ago