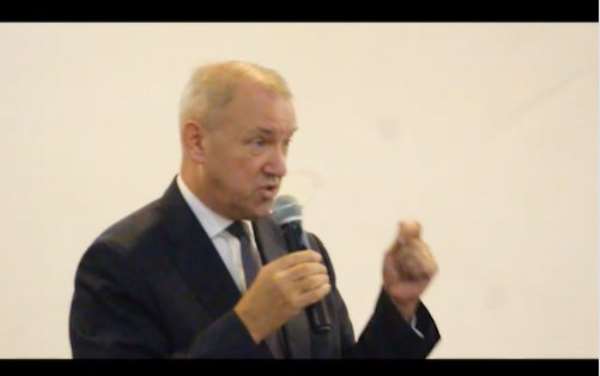 The Netherlands’ Ambassador to Ghana has asked taked the Ghana Integrity Initiative (GII) to pursue a “Ghana beyond corruption” agenda as government has officially launched its ‘Ghana beyond aid’ policy.

Speaking at GII’s 20th Anniversary at the Alisa Hotel in Accra, Ron Strikker, suggested that the country will be better off without corruption which swallows millions of aid, loans and grants

The administration of Nana Akufo-Addo announced the policy as an objective towards achieving self-reliance for the country.

Video source: TV3 Ghana Facebook
The policy has since caused controversy with many saying that it is ambiguous. A document on the policy was subsequently launched on May Day 2019.

Sharing his thoughts on the policy, Mr Strikker said it asked the government to channel its energy to weeding out corruption.

The diplomat said, “you need a good business climate to attract foreign investment…”