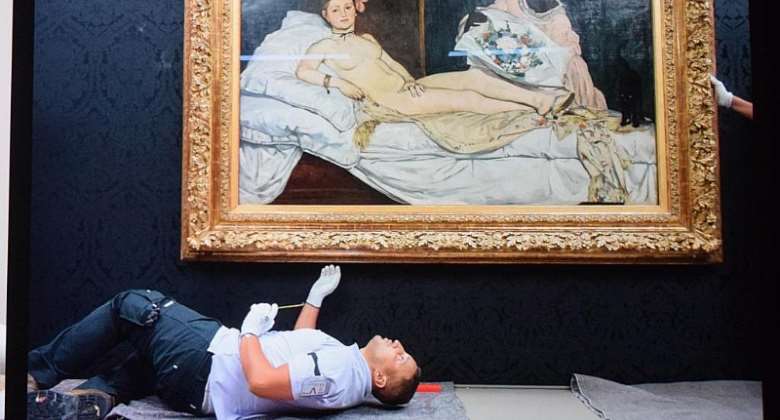 Behind every great work of art in a museum is the person who framed it. The meticulous art of framing has been honoured at this year's Visa pour l'image photojournalism festival in the southern city of Perpignan, with Nicolas Krief honoured on Wednesday.

Nicolas Krief won the ANI (National Association of Iconography) Pixtrakk award at the Visa pour l'image festival for 'Accrochage' – a series of photographs looking at the experts who frame major works, hang pieces and measure the space between mounted art.

The prize, which is in its 10th year, is handed to unheralded photographers who submit their portfolio during the professional portion of the festival.

Krief will receive 5,000 euros and his exhibition will be displayed at Gobelins, the school of image in Paris.

US-Mexico Border wall
The complications imposed by the construction of the US-Mexico border wall to keep central American immigrants out of the United States continues to make near daily headlines.

The editorial board from the French paper Libération worked with their US-based correspondent Franceso Anselmi to showcase the impact the wall was having on the lives of migrants.

Anselmi in conjunction with Libération won the evening's Visa D'or prize for Daily News for their photo documentation of the wall.

In response to accepting the award, the team noted that while photojournalism is often seen to be autonomous work, in a team, great things can happen.

His work highlights the struggle of indigenous communities in the Amazon whether through environmental concerns or through socio-economic problems.

The prize, also in its 10th year, salutes photographers who have worked on an investigative project for at least five months. Their work must have a focus on human rights violations with a related geopolitical and environmental link.