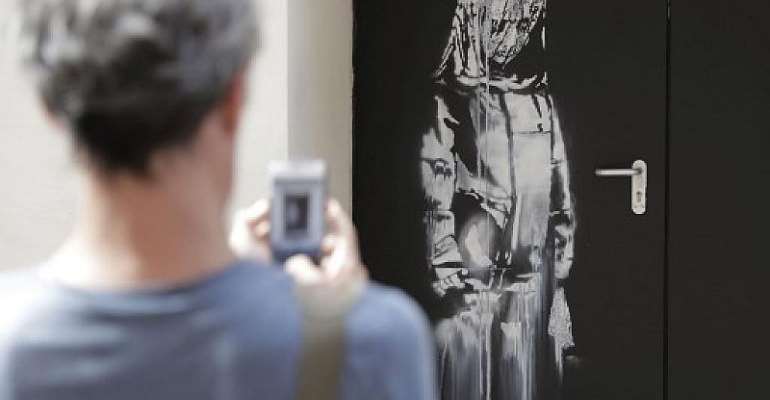 A work by the enigmatic British street artist Banksy has been stolen from outside the Pompidou Centre in Paris, the museum announced on Tuesday.

The stenciled image, which appeared in June 2018 on the back of a sign for the museum's car park, features a masked rat brandishing a utility knife, the instrument Banksy uses to cut out his stencils.

The artist frequently uses the image of a rat to symbolise the downtrodden.

The Pompidou Centre said it reckoned the thieves had used a saw to cut the sign which had been fitted with a plexiglass cover in a bid to stop theft.

The Pompidou Centre houses Europe's biggest collection of contemporary art but does not own the Banksy work so it filed a police complaint for destruction of property instead.

The theft comes seven months after another Banksy artwork was stolen in the capital. A piece in tribute to the victims of the November 2015 Paris terrorist attacks was stolen from outside the Bataclan concert venue where 90 of the victims were killed.

The white stenciled image of a girl in mourning was simply cut out of a fire exit.

Both the girl and the revolutionary rat were among a dozen works with which Banksy blitzed Paris a year ago.