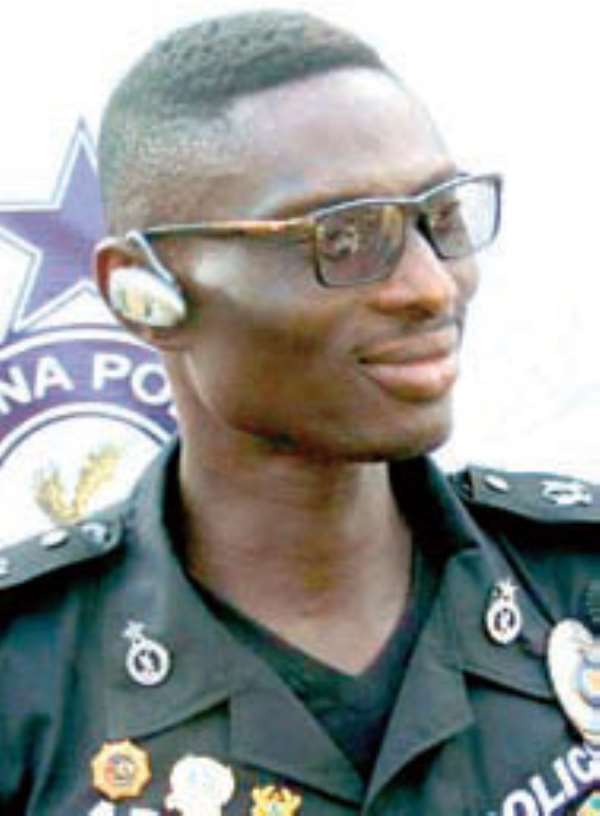 Sup/Mr. Abass deserves plaudits. His feat as the man behind the arresting of fugitive Eric Duah – the man suspected to have killed the two police officers in Budumburam, Kasoa, last Wednesday – puts him on a special pedestal.

The feat coming on the heels of the Vice-President, Police Council Chairman, saying 'they can run but cannot hide' during his remarks at the burial service of the slain L/Cpl Awal Mohammed is auspicious.

Even as we battle with the negative traits of bad cops in the Ghana Police Service, there are, of course, good ones but for whose indefatigable work the law enforcement institution would have been left with no strand of respect on its image. Unfortunately, such heroes are hardly heard of because they are concealed under the frenzy of the publicity their superiors usurp at their expense when such breakthroughs are made.

There are ample justifications for condemning the negative tendencies perpetrated by some police officers as there are for congratulating the outstanding ones whose labour keeps us secure.

In the past few weeks, police officers have attracted the sympathy of members of the Ghanaian public because of the sustained attack being mounted on them by criminals.

The sympathy will be short-lived, though, because of the no-love-lost relationship existing between the law enforcement institution and members of the public whom the former is maintained by the state to protect.

Unfortunately, however, members of the public consider police officers as money-grabbing citizens in uniform.

Young constables barely five years old in the regimented life of policing are so obsessed with making money that some of them end up messing up themselves and the image of the institution they represent.

Outright begging for money from motorists is now the feature of most traffic cops, a situation which is so commonplace that it is no longer anathema it would seem.

The 'good old days' are often recalled by those who still remember how things were then, including policing. The Hausa-speaking escort policeman who would not brook disrespect from the man he was ordered to go and bring to the station let alone discuss how much he was going to take as bribe to abandon the mission.

Even as we sympathise with the police for working under trying times, which the Vice President said is being addressed, the image issue should be worked upon.

We are craving for a period when the lost respect for police officers would return and the support of the public can be taken for granted.

We cannot afford a Ghana without a police system. All we can do is work on re-engineering the police system and the country as a whole because after all the law enforcement institution is but a microcosm of our society. That, of course, is dependent upon our success with the war against corruption.

Now that Eric Duah is in the grip of the police, his assistance in the investigation should throw more light on what triggered the abrasive relationship between he and the late Sgt. Michael Dzamesi that even after shooting him he still followed him into a shop to fire a coup de grâce.