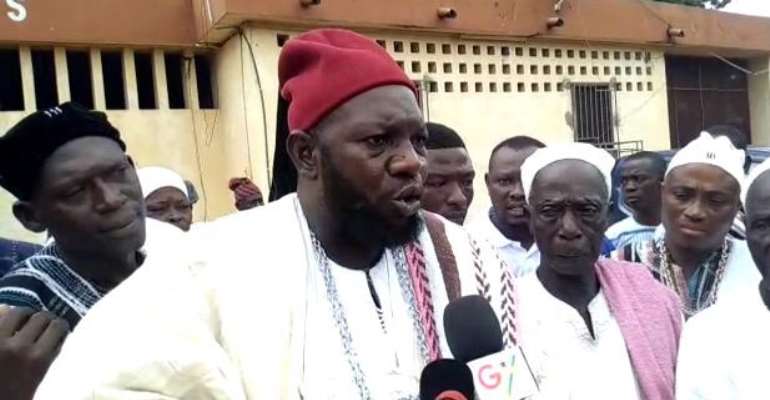 The Northern Regional House of Chiefs led by Counsel of the judicial committee, Lawyer Fatawu Yakubu has declared the enskinment of the Bunkpurugu Chief, Alhaji Abuba Nasinmong by the Nayiri as null and void.

This implies that the Jamong royal family has been declared the legitimate occupants of the Bunkpurugu skin.

The three member committee made up of Lawyer Fatawu Yakubu, Wasipewura replaced by Kusawguwura and Karga chief replaced by Kasur Lana and Funsong Lana made the declaration at the Northern Regional House of Chiefs on Thursday, 29th August,2019.

Addressing the media, counsel Fatawu Yakubu said there are two royal families in Bunkpurugu which are the Jamong and Jafouk Royal families who should succeed the skin. 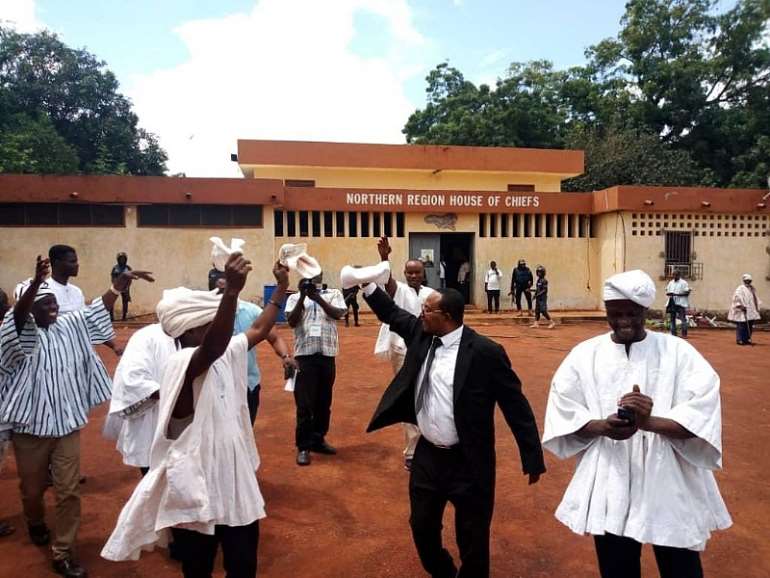 According to him, the last chief was Lambong Tampong from the Jafouk family and going by the rotational system, the skin should go to the Jamong family so that there will be peace and stability in the area.

He revealed that the second respondent, Chief Alhaji Abuba Nasinmong could not trace his Royal line from the time the Bunkpurugu skin was established in Ghana.

Counsel Yakubu, stated that the committee could not allow him to prevail because that will create confusion.

‘We found that even though he says he is from Jafouk, we can’t find any ancestor of his who succeed the skin in Ghana, so we can’t say his not a member of the Jafouk family but we can’t also say that he has Royal status and therefore his is not qualified to have been enskinned as Bunkpurugu Naaba’.

The counsel hinted that chief Nasinmong can appeal the judgement if he so wish.

Counsel said the evidence that came before them shows that only two families can succeed the Bunkpurugu skin which is the Jamong and Jafouk families.

‘Any family which didn’t succeed in the past has no claim to the Bunkpurugu skin’.

It all started when the Bimobas Chieftaincy originated from Togo but some part of Bimoba tribe broke away and moved to Ghana and setup a new royal line.

It will be recall that clashes erupted in the Bunkpurugu-Yunyoo District in the Northern Region between the Jamong and Jafouk clans over the legitimate occupant of the skin in the area, forcing residents to flee from the town with their families.

The clashes resulted in the burning of several houses and loss of lives in the area.

Alhaji Abuba Nasinmong after the judgement, told journalists that the Nayiri has always been the appointing authority and that he has the final say as to who becomes the chief of Bunkpurugu.

‘ I will go back and consult Nayiri about the outcome of the case and wait for his advice’.

He indicated that he would consult his lawyers and depending on what they say, may appeal the ruling.

Alhaji Nasinmong however assured that he would ensure that there’s peace in Bunkpurugu even though he lost the case.

Four years ago, the Jamong and Jafouk families in the Bunkpurugu-yunyoo district performed blood burial to institute peace and unity among both families.

The blood burial which is a tradition performed between two families coming into an agreement to cease hostilities and live in harmony is done by sacrificing sheep, cows, dogs and some other animals to cleanse the land.

It is believed that any family that does not uphold the tradition and continues to fight in the community will be punished severely by the gods of the land.