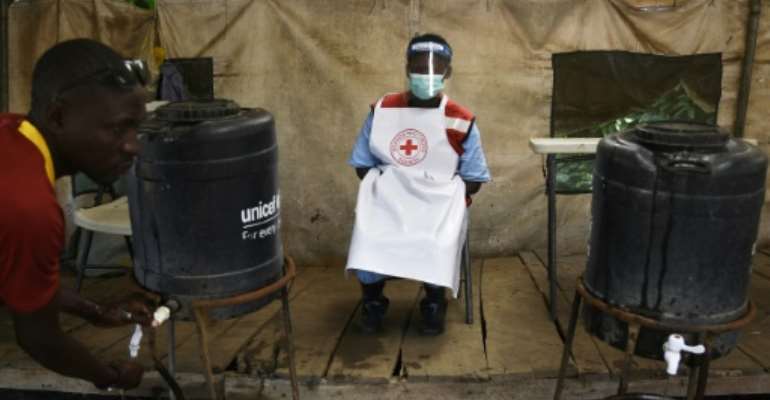 At a health screening facility in a Uganda border town with the Democratic Republic of Congo, health workers constantly check that people wash their hands. By ISAAC KASAMANI (AFP)

A nine-year-old girl who had travelled from the Democratic Republic of Congo has been found to have Ebola, authorities in Uganda said on Thursday.

The child, who is of Congolese origin, was diagnosed after exhibiting symptoms at a border crossing in the southwestern Kasese district on Wednesday. She was subsequently isolated and transferred to an Ebola treatment unit.

A rapid response team had been dispatched to Kasese to support local teams, the Ugandan Health Ministry said in a statement.

Earlier this month, Uganda said it had started a trial of an experimental Ebola vaccine that may be used in neighbouring DR Congo where an outbreak of the disease has killed more than 1,900 people.

The trial of the MVA-BN vaccine developed by Johnson & Johnson is expected to last two years.

At present there is no licenced drug to prevent or treat Ebola although a range of experimental drugs are in development.

Uganda has suffered Ebola outbreaks in the past but nothing on the scale of the DR Congo epidemic, which began in August 2018.

Uganda has been declared Ebola-free but in June three people from one family died there from the haemorrhagic fever after crossing back from DR Congo.