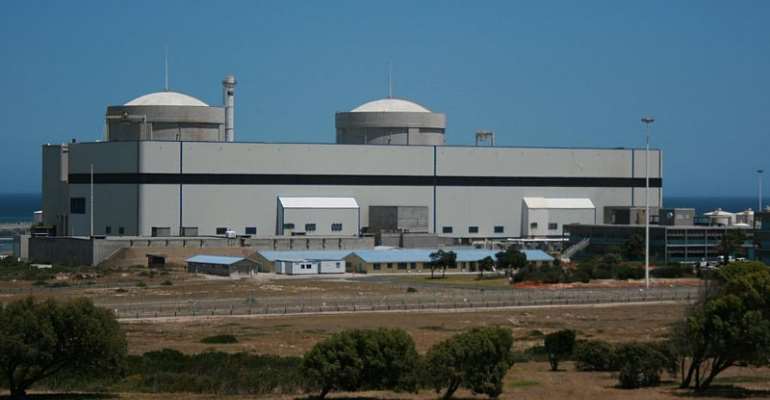 Led by their former Finance Minister Pravin Gordhan, South Africans breathed a sigh of relief when President Cyril Ramaphosa scrapped plans to buy a nuclear power plant from Russia that would have been ruinously expensive. But the saga is not over.

Energy Minister Gwede Mantashe said this week that South Africa is still in the market for nuclear energy, provided it can be purchased economically.

The financially hamstrung Electricity Supply Commission is becoming a millstone around the exchequer's neck, by failing to meet its crippling debt burden.

The Commission, which once sold power to all of South Africa's neighbors and produced cheap electricity that was a loadstone to foreign heavy industrial investors, is now no longer able to meet South Africa's domestic needs with its pool of aged and poorly maintained coal-fired power stations.

The daily blackouts are proving to be a deterrent to those very investors the power once attracted.

Mantashe is adamant South Africa will not go for the big bang approach to nuclear energy taken by Jacob Zuma.

Go at the right pace for the country
The former president now says ruefully if his nuclear plans had been allowed to come to fruition, South Africa would have been saved the current rolling blackouts - known euphemistically as 'load shedding'.

He says the state's Integrated Resource Plan contains provisions for nuclear energy, but acquiring it will first need approval by government.

Until then, the country's only nuclear plant at Koeberg, outside Cape Town, will have its life extended.

Local business has reacted coolly to this development. The general belief is that the promises made to Russia by Zuma were secured with hefty bribes.

Zuma is facing corruption charges and further evidence of this is expected to come to light before the judicial commission on corruption which is known in South Africa as state capture.

“The fact that we suspected corruption,” says Mantashe of the Russian deal, “does not mean nuclear energy is irrelevant for South Africa today.”

Economic woes
Whether a search for affordable nuclear energy will once again bring France into the equasion is uncertain.

Mantashe's reference to the use of modular nuclear technology at a pace it can afford, indicates the construction of smaller plants.

Investors warn that nuclear energy production of any size is expensive.

Economic realities such as a soaring unemployment rate of more than a third of the workforce out of jobs and youth unemployment exceeding 50 percent, as well as sluggish Gross Domestic Product growth will most likely keep South Africa out of the nuclear market for the foreseeable future.