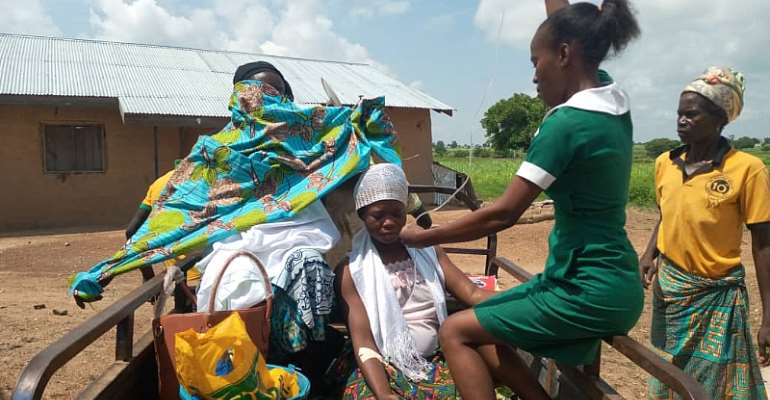 Immediately after ghfactsonline.com posted a picture of a Midwife transporting a pregnant woman on a tricycle to a referral health facility on Saturday, 17th August 2019 on our Facebook page, several people contacted us and demanded to know the authenticity of the story.

Fortunately, ghfactsonline.com has been able to find accurate information about the humanitarian acts by the midwife captured in the picture.

The midwife in the picture is Belinda Zumebome, a Midwife at the Asikiri CHPS compound in Bawku Municipal Assembly in the Upper East region.

There have been several complaints from the general public about how some nurses or health workers in some health centres maltreats patients and engage in acts that go contrary to the ethics of the nursing profession. This unprofessional acts by some health workers have in a way dented the image of the health sector.

But the works of Belinda as sighted by ghfactsonline.com indicates that even though it is very rare, there are several nurses who are dedicated to their profession and will do everything humanly possible to save the lives of people.

Belinda Zumebome is a 29-year-old midwife who has been working in the Bawku Municipal Assembly for the past five years.

In one of the pictures sighted by ghfactsonline.com, Belinda Zumebome is seen transporting a mother who just delivered at the Asikiri CHPS compound to a hospital for further medical care.

ghfactsonline.com understands Belinda Zumebome is not doing the humanitarian acts alone but with the help of Suzanna, the nurse in charge of the Asikiri CHPS compound.

Belinda and Suzana were also captured transporting a pregnant woman in the night to a hospital.

The most fascinating thing is that the inadequate number of ambulances in the country is affecting the transportation of patients from the CHPS compound to referral health centers, so Belinda has improvised a tricycle (MotorKing) as an ambulance, risking her life to save lives.

We at ghfactsonline.com entreats our readers to join us celebrate Belinda Zumebome at the Asikiri CHPS compound. 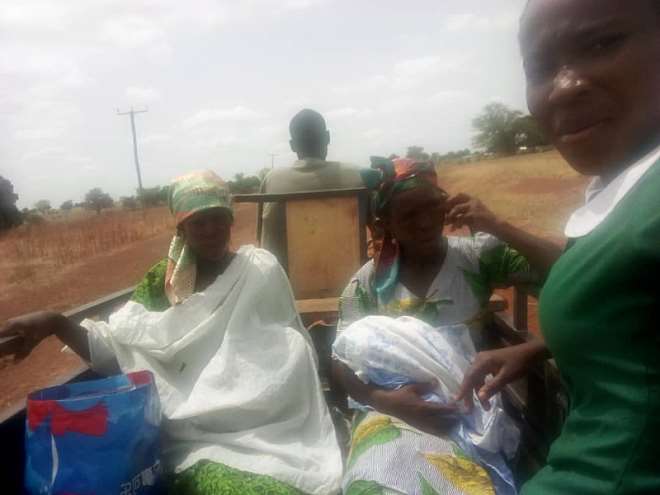