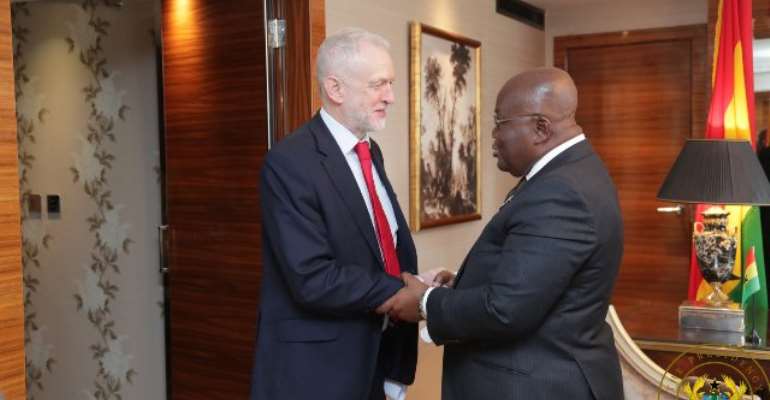 The BBC is reporting that the Leader of UK’s Labour party Jeremy Corbyn has cancelled a trip to Ghana later this week, urging opposition MPs’ to meet urgently to discuss ways to prevent a no-deal Brexit.

Corbyn has proposed that in order to prevent a no-deal exit, opposition MPs should help him defeat the government in a no-confidence motion and install him as a caretaker PM.

If he wins the vote, he plans to delay Brexit, call a snap election a Corbyn was expected in Ghana on a fact-finding mission, British media has reported.

His visit would have been the Labour leader’s second meeting with the President Nana Addo Dankwa Akufo-Addo after April 2018, encounter in the UK ahead of the Commonwealth Heads of Government meetings.

In that meeting at the Labour leader’s office, the two talked post-Brexit bi-lateral trade, reforms in the Commonwealth and UN and the role of the African Union and US forces in Africa.