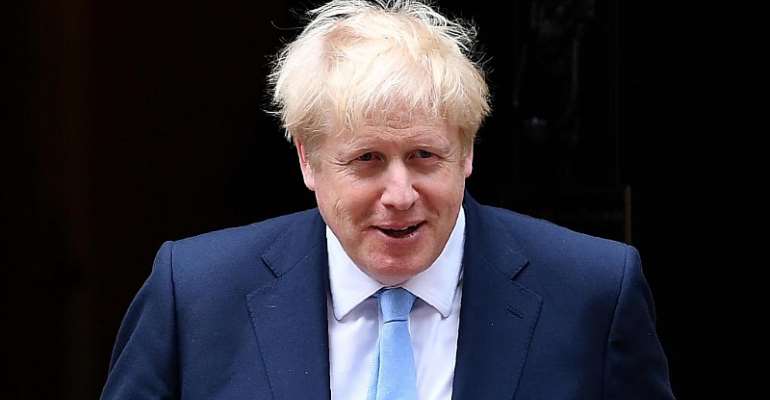 Boris Johnson said he remains intent on withdrawing Britain from the European Union with or without a deal on 31 October.

Johnson's spokesperson previously said on Monday he would reiterate his position on an Irish backstop, the mechanism that prevents a hard border being imposed after Brexit takes effect.

Merkel's position is almost always the same as that of the EU. The backstop issue is no different. It's a threat that Merkel and Macron are willing to impose.

Merkel has been talking to the press in Germany ahead of Johnson's visit, and she has said the backstop will not be necessary if practical solutions can be found to the Irish border issue.

The issue is so complex it is what caused Britain's former prime minister Theresa May to resign after she failed to get a deal through parliament for a third time.

Johnson's letter was very thin on practical solutions for what a post-Brexit Irish border would look like, and Merkel is fully aware of this.

Documents leaked to the German press on Friday showed that the government there thinks there is a "high probability" of a no deal Brexit.

Declining German trade
The German Chamber of Industry and Trade 2017 report on the state of British-German trade, and its findings were alarming. One in twelve Germany companies surveyed said they are planning to move their UK investments elsewhere.

Over the past three years since the Brexit referendum happened, Britain has slipped from the fifth to the seventh most important trading partner.

In April year, the US overtook Germany as the biggest importer of goods into the UK. Germany remains the second biggest importer to the UK, so Johnson can not afford to offend Merkel today.

Lunch in Paris
Johnson and Macron are due to meet for a working lunch in Paris on Thursday 22 August. They will discuss Brexit, and other matters.

Macron has a very similar position to Merkel on the possibility of imposing a backstop on the Irish border in the event of a no deal Brexit.

Shortly after Johnson became prime minister last month, Macron told journalists that he is happy to be the, "bad guy" in Brexit negotiations.

Johnson has a long history of saying rude things about the French. However, he will likely be on his best diplomatic behaviour in Paris on Thursday, and be relieved to discuss a common British-Franco approach to Iran.

Johnson may even try to win over Macron with his immaculate French.

JHS Not Increased To Four Years Or Reduced SHS Duration – Na...
42 minutes ago

We've Been Begging To Survive Over Closure Of Our Shops – N...
42 minutes ago