Black Week For Police As Members Hit With Tragic Deaths 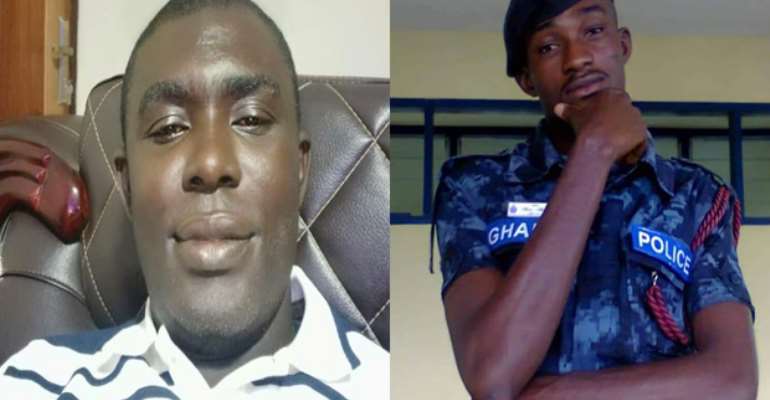 The Police Administration has been hit with the tragic deaths of two law enforcement officers in the Ashanti and Eastern regions between Monday and Tuesday this week.

While Cpl. Bernard Antwi, 37, was killed by suspected armed robbers at Manso Abodom in the Amansie West District of the Ashanti Region, his colleague, L/Cpl. Alhassan Asare, was found dead in a pool of blood with his service rifle positioned between his thighs at Akim Swedru in the Eastern Region.

A team of investigators and anti-armed robbery cops yesterday proceeded to Manso Abodom for a preliminary inspection of the crime scene, and to prepare the grounds for the apprehension of the suspects who killed the cop on Monday around 5.30 pm.

The deceased was attacked fatally by a group of armed men on the outskirts of Abodom when he was on board a vehicle with some Chinese nationals en route to Antoakrom from Manso Dome.

DAILY GUIDE gathered that he was shot in the head and pronounced dead at the scene before his corpse was conveyed to the St. Martin's Hospital morgue at Agroyesum.

The deceased is used to escorting Chinese miners from a mining site at Manso Dome and could have been intentionally targeted.

Witnesses told the paper that the suspected killers – thought to be four in number – crossed the path of the vehicle and instantly opened fire.

According to sources, the police officer was on duty at the main police barrier at Manso Agroyesum road when he was called to escort the Chinese miners from the mining site to Antoakrom.

Spokesperson for the Ashanti Regional Police Command, ASP Godwin Ahianyo, confirmed the incident but declined to give details.

Witnesses said the gunmen quickly fled the scene after the gruesome murder, but could not tell whether they took away anything.

If the death of Cpl. Antwi is clearly the work of criminals, that of L/Cpl. Asare is not cut and dry and would require forensic experts to determine whether he committed suicide or was killed by robbers.

He was found dead at his duty post at Akyem-Swedru with his service rifle – an AK 47 – resting on his lifeless body on a plastic chair in a pool of blood.

While some said he was killed by unknown gunmen who did not take his weapon away when he was on duty at the Dukes Petrol Filling Station, others thought he died as a result of an accidental discharge from his firearm.

Continuing, he said the police officer was found dead in a sitting posture with severe wounds to the head and bloodstains on his body and on the floor, with the rifle placed in between his thighs and pointing towards his head.

He explained that three empty gun shells were found lying on the floor beside him.

The PRO's story was based on a certain L/Cpl. Eugene Songoti Abaah who made a call to Akim-Swedru to report what he had seen upon reaching the scene.

He was there to check on the officer but found him rather dead in the plastic chair, having suffered severe gunshot wounds on his head, with his uniform soaked in blood.

The dead body has been deposited at a certain hospital morgue pending autopsy while the police have commenced investigations into the incident.

Detectives would want to find out whether the empty shells were from his weapon or from those fired by another person. This information and the autopsy report may be used to determine whether or not there was foul play.