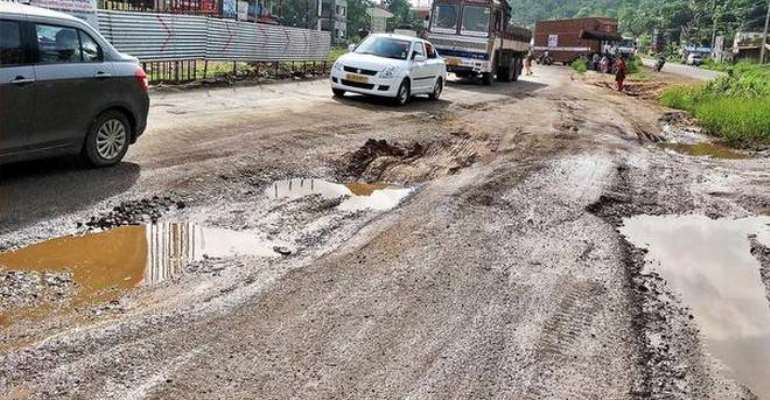 District Chief Executive (DCE) for Amansie Central Hon. Nana Kwame Asamoah Boateng has appealed to the people of the district to exercise maximum restraint as the government plans to fix the road networks in the district.

According to Hon Asamaoh Boateng, the district assembly was also concerned about the deplorable nature of the roads in the district, and as such the assembly would do all the necessary follow-ups for all roads to be fixed.

Speaking to Otec News’ reporter, Evans Agyei Sikap on Tuesday, August 20, 2019, on the ‘Asanteman Akwan’ on Otec FM’s ‘’Operation Fix Our Roads #OFOR”, hosted by Captain Koda, the DCE admitted that even though roads in the area are in deplorable state the current administration has been able to secure a slot in the Cocoa roads project which work is expected to commence in no time.

“The government is aware of road network deficit in the district and that is why the regional minister has directed the Ashanti regional Feeder Roads Director to come and assess the entire feeder roads in the district for action to be taken. Let me assure you that what happened in the past before we took over power should be forgotten and we look forward to something good to come out of this assessment,” Hon. Asamoah Boateng said.

He added that the Feder Roads department and Highways authorities have began a survey in the area to begin the construction link roads to the Western and Central regions as well internal roads in the District to make movement easy.

Hon. Asamoah Boateng urged people in the area to stay calm and consult his office for explanations and update on roads related issues as his doors are always opened.

"We are working hard and all is set for the construction of roads in Amansie Central especially within the capital Jacobu latest end of 2019," he emphasized.