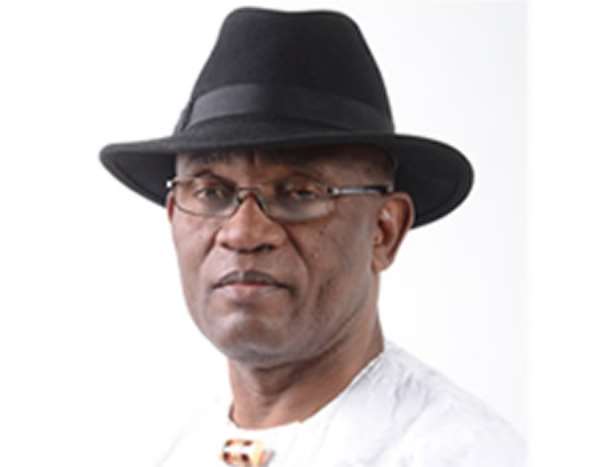 The building block of any striving democracy is a ‘People-Centered Manifesto,’ because the role a rudder plays in the successful navigation of a ship is what Manifesto does to any government. In order words, a serious aspirant is first known by the quality of his Manifesto.

As the race for who takes over from the Countryman Governor, Henry Seriake Dickson reaches the home stretch, the point must be emphasized that the state needs a man of competence, character and diligence to continue/consolidate on the prevailing peace in the state.

In a bid to succeed his boss, the current deputy-governor, Retired Rear Admiral Gboribiogha John Jonah has released what experts describe as “a winning manifesto.”

Christened “Service and Continuity,” John Jonah’s aspiration is the best for the oil-rich state of Bayelsa at this time. By all standards, the eight years of Dickson-Jonah administration has laid enduring legacies for the state. In a bid to further consolidate on the foundation already laid, experts argue that the baton should be passed on to John Jonah, who is part of the team that has brought a new lease of life for Bayelsa State. As a saying goes, “needless to change a winning team.”

The 2019 gubernatorial elections presents, for the first time in the history of the State, the opportunity to truly consolidate and build on the gains of an 8-year administration. Choosing John Jonah to fly the PDP’s flag in the coming election will brighten the party’s chances of retaining the state, as the people are more inclined to achieving continuity for the good of all Bayelsans.

This scenario places before Bayelsans the choice of moving forward together through consolidation, or degrading the established foundation of development over the last 8 years, and thereby moving backwards.

Laying out his own pedigree and what qualifies him to step into Dickson’s shoes, John Jonah says “I have a track record of impeccable dedication, service, and strong leadership capacity from my service in the Nigerian Navy.

“I have in the course of my 36 years of service in the Nigerian Navy managed billions of naira of public funds, with an unblemished record and with no scandal.

Key priority areas identified by John Jonah are Security, Power, Education, Health, Agriculture, Infrastructure, Youth Development, Job Creation and Building a Creative Economy. As a man that has been around the power circle in the state, in the last eight years, John Jonah has a better understanding of where the outgoing government stopped and areas of consolidation, a task that will be difficult for an entirely new person.

It is the responsibility of any responsible government to provide certain deliverables to its constituents including, but not limited to, infrastructure, education, and health. John Jonah promised in his manifesto that “I do not intend to deviate from this traditional role of government.” But, he maintained that in the light of certain realities and peculiar factors now at play in the nation, there will be need to single out certain sectors for particular attention.

If given the mandate, John Jonah has committed himself to hit the ground running upon assumption of office, to as a matter of urgency, take every necessary step to mitigate the spate of wide-spread insecurity now prevalent; ensure the provision of steady power for industrial purposes, for the MSME sector, and for others, all on a willing payer basis; reduce the level of poverty and unemployment experienced by her people, through building a creative economy.

He promised to consolidate/fortify the existing security apparatus (Doo-Akpo) in every region of the State through dedicated government funding and the introduction of a Security Trust Fund (similar to the Education Trust Fund).

John Jonah also pledged to consolidate the Dickson Administration’s efforts to operate a fully-functional airport, thereby reducing exposure to the risk of road travels between Bayelsa and other locations in the country.

He was also Chief of Naval Engineering at the Naval Headquarters, Abuja. His last appointment before voluntarily retiring from the Service was the Commandant, National Defence College Abuja.

A recipient of the Distinguished Service Star (DSS); member - Nigerian Society of Engineers, an Officer of the Order of the Niger (OON), he is married to Seleipre (nee Bonnie) and they have 5 children (Opuene, Aboye, Tonye, Daukoru and Lelegite).

He has deputized the incumbent since the first term of the Restoration Government. For his Deputy, Rtd. Jonah, whom he had often referred to as his brother, believed to be one of his favourites, Governor Dickson is not totally unaware of his desire to succeed him in office by 2020.

Insiders posit that he has grassroots supports, perhaps because he is virtually on top of all the economic and investment portfolios of the Restoration Administration. Added to this is the belief by many that he still has a massive war chest and wide connections. These and several others are already laying the red carpet to brighter days for a greater Bayelsa.