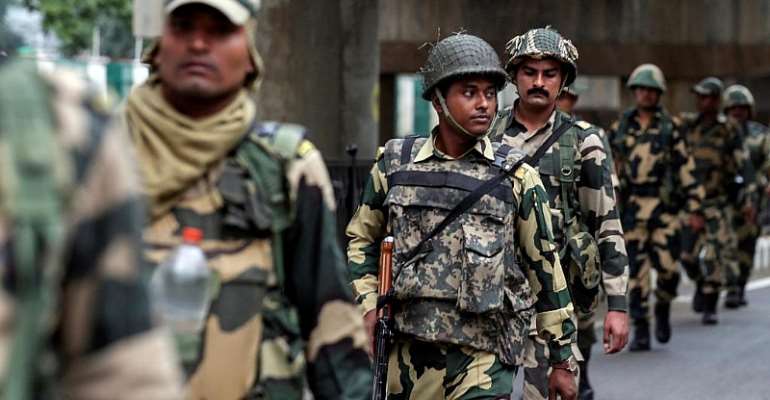 India is to start reopening schools and restoring some public utilities in locked-down Kashmir on Monday, the government has announced. The offer came after UN Security Council members met at the weekend to discuss India's decision to revoke the disputed territory of its special status.

The authorities will begin reopening kindergartens that were shut on 5 August when India stripped its only Muslim-majority state of laws which prevented outsiders from buying land in the region.

“Telecom connectivity which had been a point of sore concern will gradually be eased and restored in a phased manner, keeping in mind the constant threat posed by terrorist organisations in using mobile connectivity to organise terror actions,” he told RFI.

UN closed-door meet
The announcement came a day after a 90-minute private debate among Security Council members on Kashmir. The meeting was sought by China, a long-time ally of Pakistan, which claims India's zone of divided Kashmir.

The two nuclear-armed rivals have fought three wars over Kashmir.

Pakistan's envoy to the UN, Maleeha Lodhi, warned Islamabad will step up its campaign.

“This is the first step that Pakistan has taken on behalf of the people of Jammu and Kashmir. This will not end here. It will only end when justice is done for the people of Kashmir,” Lodhi said.

The UN meeting did not produce any results, diplomats told RFI.

India's ambassador to UN Syed Akbaruddin added the step on Kashmir was a domestic matter.

“The recent decisions taken by government of India and our legislative bodies are intended to ensure that good governance is promoted and socio-economic development is enhanced for our people in Jammu and Kashmir,” he added.

Family appeal
The developments came after the daughter of one of Kashmir's most prominent politicians asked the international community to act over the clampdown, warning millions of Kashmiris were being “caged like animals”.

“I fail to understand why I am being punished for speaking up about how this curfew has ravaged any semblance of normalcy Kashmiris had,” Iltija Mufti said.

“I fear for my life along with those Kashmiris who have spoken up,” said Mufti, daughter of the region's former chief minister, Mehbooba Mufti, who is among 400 politicians in detention.