...Describes Him As Role Model
By Parry Saroh Benson 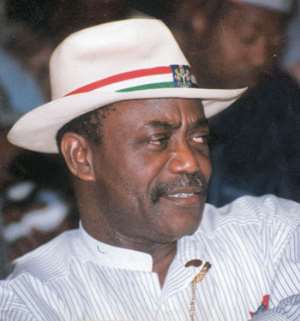 Immediate past Senator representing Rivers South-East Senatorial District at the National Assembly, Magnus Ngei Abe, has congratulated the former Governor of Rivers State, Dr. Peter Odili on his 71st birthday, describing him as a role model to up-coming politicians in Nigeria.

Abe, in a statement issued in Port Harcourt by his Spokesperson, Parry Saroh Benson, said the former 'Golden Governor' of Rivers State has impacted lives meaningfully irrespective of tribe, creed, locally and nationally.

The Senator further stated that the exemplary leadership qualities of the former governor and strength of character are worthy of emulation to all.

He said: "Sir, as you celebrate, I, on behalf of my wife and family, joyfully rejoice with you, your family, friends, well-wishers, and admirers across Nigeria and the globe.

"History cannot sufficiently record your achievements and immense contributions to the development of our nation and the well-being of the people. Indeed, you are a rare gem, teacher and builder of human capacity.

We pray that the Almighty God will continue to grant you good health, shower His endless love and sufficient grace upon you in Jesus name, Amen".